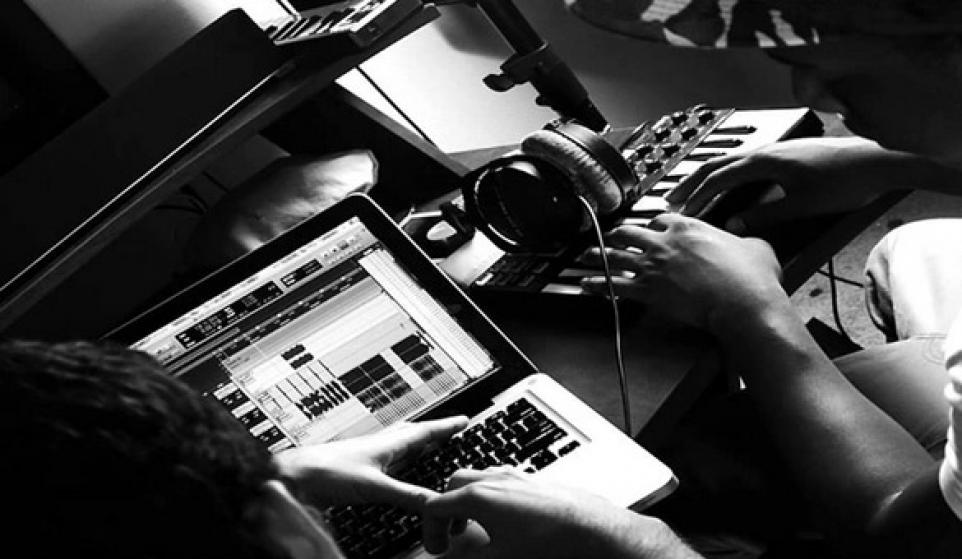 When listening to new artist 808&Elite I couldn't help but think of the South Park episode Christian Rock Hard. In this episode, Cartman starts a Christian rock band with Butters and Token called Faith +1. All of their songs are just contemporary love songs, only they swap out "baby" for "Jesus," and other Christian tropes. This brilliant bit of satire shows the worst and most prominent aspects of Christian music, in that it's often completely derivative of pop culture and lacks any creativity.

The reason 808&Elite made me think of this particular episode is because they're Christian artists who seem to be at the opposite end of the spectrum of Faith +1 and the embarrassing number of real-life Faith +1s.

808&Elite is a Florida-based production duo comprised of Tyshane Thompson and Matt Massaro. Thompson is the son of dancehall, gospel reggae pioneer Papa San, and has even produced several songs with his famous father. Based out of Miami Thompson apparently spends the bulk of his time producing music at an impressive clip. According to Papa San, he's been doing just that since the age of 10. Massaro makes his home in Orlando, where he is as immersed in music as his counterpart. The two began working together in 2012 under the moniker 808&Elite.

In the sample-heavy genres of hip hop and R&B, producers already have to deal with an ample amount of criticism about their works being little more than a collaboration of other people's work. Christian artists have the added stigma of coming from a sub-genre in which Faith +1 isn't that far-fetched. 808&Elite manage to dodge the worst stereotypes about religious artists in that their beats are fantastically entertaining while also teeming with creativity and innovation.

There's a certain type of person who can't recognize their own hypocrisy and will immediately write off 808&Elite because of their beliefs. I know because I have been that type of person, and I probably will be again at some point. Whether you agree with them or not is beyond the point. 808&Elite is a kickass production duo. Sure, their faith paints everything they do, but so does everyone's worldview, religious or otherwise. These guys make mostly faith-based music, but the same is true of atheist artists. To dismiss this or any artist because you don't share the same personal belief system is the height of ignorance. Besides, while these guys are obviously Christian, their work never seems self-righteous or preachy. Considering we live in a culture in which Christians appear to hold those two traits as the highest of virtues, this is particularly impressive. These guys just want their music to speak for them, and their work speaks volumes for them.

Whether they're making music for their Christian brethren or motherfluffing 2 Chainz, 808&Elite just makes dope beats. In the end, that's all that should matter.

If you know of similar underappreciated acts like 808&Elite, let us know and we'll pay you for the info. Seriously, we will. Find out more by becoming a Bitcandy Curator!