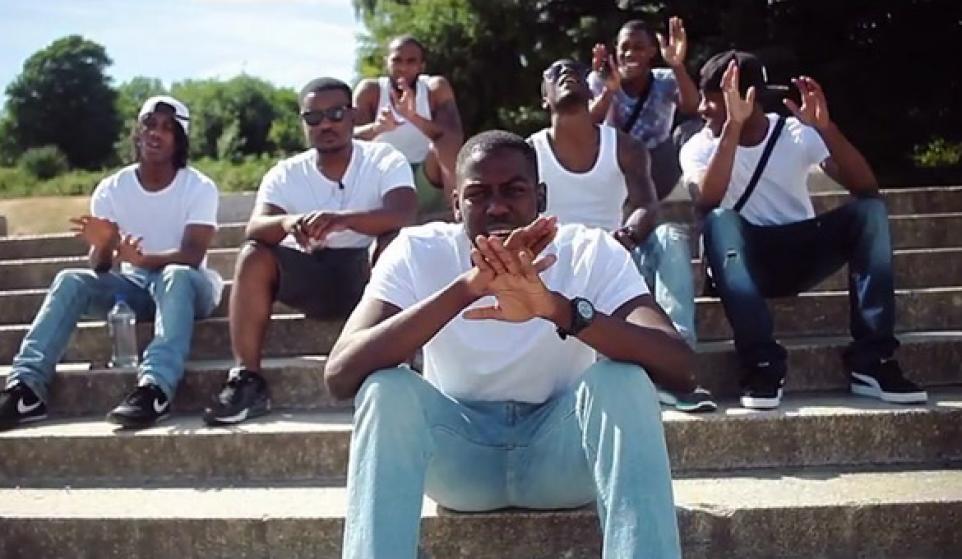 When your job is to write about new artists like A2, one of the things you hope for is for their name not to be something like A2. In the time of Google, SEO, SEM, and a slew of other bullsh*t acronyms that'll be obsolete in five years, most artists try to maximize their exposure by making themselves easy to locate online.

But A2, I mean seriously. Just stop and think for a second about how you would actually go about searching the internet for information on an artist with such an equivocal name.

So why in the information age would someone go about making it so difficult for strangers to discover their work? You could say that A2 simply wants to be mysterious, but with the complete dearth of information about him online, to make no further mention of the complete fuck-you-search-engines-ness that is his name, this is far closer to reclusive than mysterious.

About the only conclusion I can come to is that A2 honestly doesn't give a f**k. That doesn't mean he's apathetic, or a nihilist, or anything like that. What I mean is this guy could give two shits about the ease at which you can find him on Google or even social media. He just wants to make music, everything else that follows is something he'll deal with in time.

It's refreshing to see someone this flippant about the possible comodification of their art, but also kind of bewildering because his music is really, really good.

A former grime producer turned Alt. R&B star, A2 is a young chap who hails from South London. Categorizing him as Alt. R&B is my way of saying that the dude both sings and raps and there are hip-hop elements in the production. To try to pin this anchorite (sensuality is his religion) down to a single genre though feels like a lost cause. If anything, his music most closely resembles trip-hop, with the spaced out acid and house elements that pop up throughout his work. There's just a lot going on in the music of A2.

Ultimately, though, it feels innovative. This guy takes a slew of different genres, picks out what he likes while discarding the rest, eventually throwing the hodgepodge of parts into a sonic stew. The result is some otherworldly songs which sound like some music you've heard, yet nothing you've ever heard before.

When people talk about A2, they bring up how he's got the whole Drake, The Weeknd rap-sing thing going on. Or they'll mention the depth of his lyrical content, his crooning vocals, and effortless flow. Critics rarely mention his music because it just sounds so distinctively like him, who else are you supposed to compare it to?

"We're either fucking or we're falling out," so goes the hook on the penultimate track of A2's Once Too Many EP. This line acts a microcosm for his lyrical style. It's brash, confident, honest, and instantly memorable. Once Too Many EP is A2's latest offering in what is becoming quite an impressive body of work, all of which is available for free download on his Soundcloud. OTM is more or less an anti-romance record written by a hopeless romantic. While the music itself is relaxed and groovy, A2 spends all seven songs recounting lost love. The record works perfectly as background noise for any situation, or if you care to delve into its deeper issues, it's one that can help you get through some serious shit.

With an artist like A2, it's not about how you discover or get information about them, but that you've heard him at all. Based on his scarceness online, it would seem that's all he wants too.