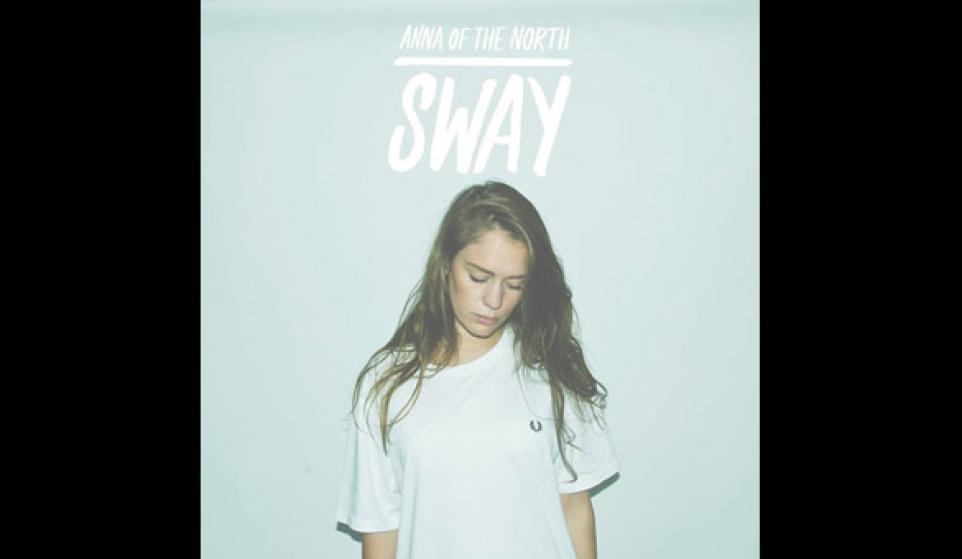 Well, well, well; I believe I was just saying in my last new artist expose that all new good indie pop tends to be from England or Scandinavia, and Lo! Here comes Anna of the North. I’ll give you two guesses as to where singer Anna Lotterud is from.

The other half of this dream pop duo is Brady Daniel-Smith, and he’s originally from New Zealand, but he can be forgiven for that. People tend to overlook the kiwis, but in terms of production they kind of can’t be touched as far as indie goes. New Zealand did, after all, produce Pendulum and Concord Dawn, two of the greatest electronic groups of all time. If you don’t know them, your next project is to look them up and then get the kiwis on your radar.

In the meantime, we’re getting you in on the ground floor with Anna of the North, as they only have four tracks on SoundCloud, one of which is a cover and another is a remix. They’re super-new, and I think they’ll be a top pick for group of the fall/winter. I can almost hear “Sway” in the background somewhere in the next season of Girls now. They have that fun yet sort of windy, cozy fall timbre to their sound that just makes you want to curl up and brood with a Goethe book and a cup of peppermint tea in your loft in Brooklyn. Ok, maybe I’m just writing down my own fantasy, but check the singles and you’ll see what I mean.

Speaking of their first single “Sway,” there is already a mini-video on Youtube which has Anna Lotterud dancing around in the wind and leaves on a cloudy day. It’s pretty and wispy and goes perfectly with Daniel-Smith’s bell-laced track and Lotterud’s clear, sweet voice. The closest similar track I can come up with is “Young Blood” by the Naked and Famous, but listen to it anyway:

ANNA OF THE NORTH - SWAY

“Sway” is also the track which has been remixed (called “Togetherness Remix”), and Anna of the North shows their versatility here, because the remix is very different. It takes on kind of a funky tone with a slap-bass sample, but also has and ambient, echo quality behind the vocals.

My other recommended track from Anna of the North is “Since You Got On,” which seems to only be in the demo stages right now, so we musn’t judge too harshly. This is a highly syncopated backing track, featuring Little Dreamer on vocals, and it also has a funky, almost trap/new R&B feel to it. I think there may still be some tweaking to the bassline yet to come, but if Brady Daniel-Smoth leaves it as is, I’ll be fine with that. This one is also a free download on SoundCloud, so you may fully cop it and add to playlist:

ANNA OF THE NORTH - SINCE YOU GOT ON FEAT. LITTLE DREAMER (DEMO)

As there are only four tracks released by AOTN so far, I might as well review them all, and the last one is a charming cover of Donna Lewis’ “I Love You Always Forever” which is so sweet and well-put together that it almost succeeds in making me not hate the original.  That is a ringing endorsement, people.

ANNA OF THE NORTH - I LOVE YOU ALWAYS FOREVER

So to recap, Anna of the North are a predictably Scandinavian duo with a snuggly-wuggly vibe who I predict will be putting out more lovely hits and developing their sound as the winter months drag on, so once again you can thank Glitch for finding them and handing over some of his millions of cool points so you can claim you’ve liked them from the beginning. While you’re at it you can also thank me for doing my classy little writeup and giving you all the pertinent links. Here at BitCandy, we aim please, albeit in a very snarky way. For news and new releases, make sure you check Anna of the North’s Facebook page, and practice your smug face in the mirror when they blow up. Just remember to say you heard them here first. 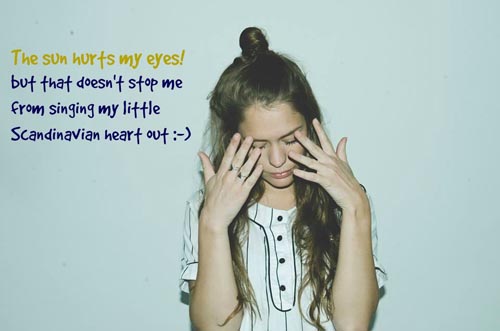