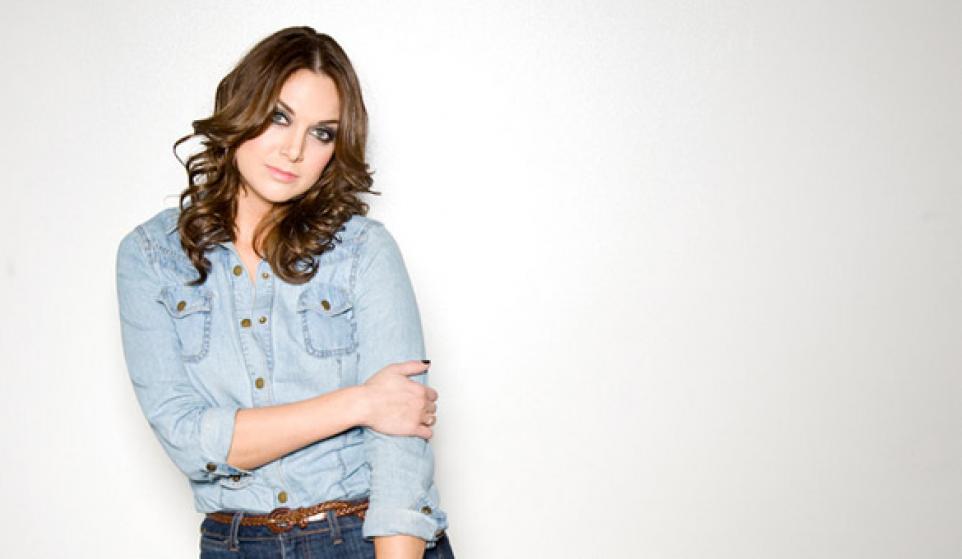 The narrative around emerging artist Annaliese is like a blurry photo that's slowly coming into focus. In a career that seems to have had several false starts and pauses, the Los Angeles based crooner seems like she's on the cusp of a major breakthrough.

Annaliese first put out a single in 2011, the earnest but uneventful "Hold Me Steady." She started out somewhere between adult contemporary and country pop and has gradually moved to a more downtempo, electronic-based sound. Anna, as I imagine her friends call her since pronouncing her full name is such chore, has the voice to sing whatever kind of music she wants, but this seems to be the best fit.

On "Cashmere" she sounds sure of herself and fully in control. You don't have to strain to hear that allusive star-quality on this absurdly good single.

Annaliese Schiersch was born and went to university in Seattle. She graduated from the University of Washington in 2004 and left her hometown. She gave up her plans to practice environmental law to follow a boy to Texas. Hey, we've all been there.

While we're not told how things woked out with the guitar player from Austin, Schiersch has been pursuing music ever since. Dubbed "a fusion of country, pop and downtempo electronic; Gillian Welch meets Lana Del Rey; dreamy and ethereal with the heart of a born storyteller" by Benair Churchill, with whom she has a publishing deal, Annaliese's career seems like i'ts sitting on a powder keg.

Her voice and songwriting talent are immense, but they haven't been able to find the right vehicle. She's has a slew of songs on a wide variety of television shows, but only now does she seem to be coming into her own. She's got a similar sound as Lana Del Rey, Banks, and fellow New Artist Find Kwamie Liv. Get on this bandwagon now, while there's still room.

According to wikipedia, Annaliese is basically the German equivalent of Elizabeth. This feels like information you need.

Anyhow, Annaliese studied classical piano as a child, a practice that is both apparent and paying dividend in her current musical exploits. She looks vaguely like Mila Kunis, which is to say she's one of those impossibly beautiful and unobtainable people who live in LA. Although she's removed from her birthplace, Annaliese still rides for the Pacific Northwest. She's an unashamed Seahawks fan, which is about the only negative thing I've been able to find out about her. As a bitter Arizona Cardinals fan, I'll just say that at least she's not a Niners fan.

Last year she released her debut Transparency EP. Couple it with "Cashmere," and you've got the start of something big.