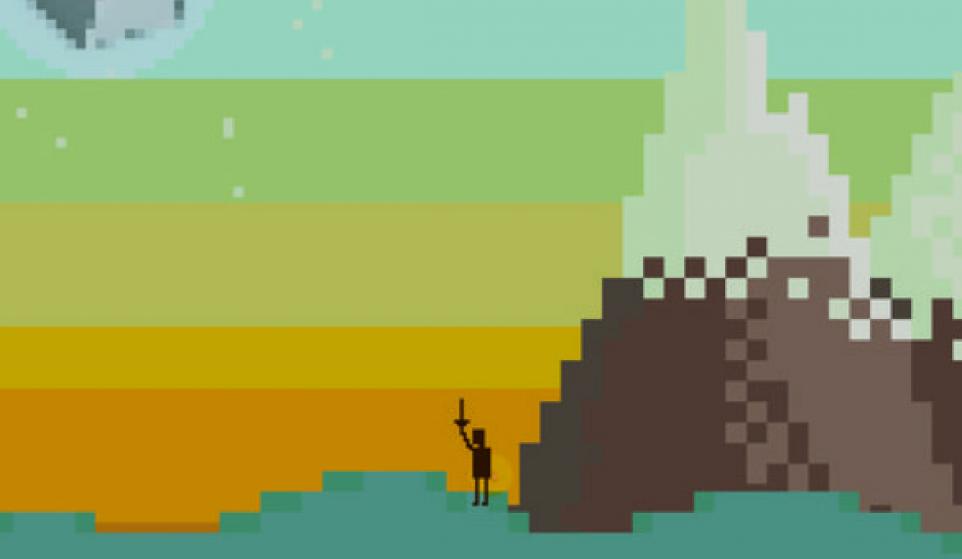 If you search for Austin Johnson on Google, chances are you’ll be faced with nothing but images of a football player with a freakishly thick neck (seriously…check it out!), but I assure you that the upcoming producer of the same name is much much cooler. Austin has something truly special going on with his dreamy, instrumental electropop sound that he describes on his SoundCloud page as “music your cat can fall asleep to”…awww! Having just released his free debut EP, Hero, much like his music, the album art has an awesomely retro video game feel to it that I totally fell in love with. If you enjoy the laid-back sounds of bands like Explosions In The Sky but wish they’d incorporate some 8-bit sounding bleeps and bloops, then read on because Austin Johnson is one artist you won’t want to pass up!

Featuring some silky smooth vocals from fellow Brooklyn-native Mothica, “Helpless” is a hazy daydream that you will keep coming back to again and again. Beginning with bubbly, music box-sounding elements and a shuffling, drum machine beat, the track sounds like a ambient underwater video game. As the song continues, more bass is introduced along with echoey claps that compliment Mothica’s reverb-heavy vocals beautifully.

Also sounding pleasingly aquatic, “Aryll” is a downtempo instrumental piece that starts off with atmospheric elements like slowly swelling synths and subtle bass. As the track goes on, the swelling synths become louder and more components are thrown into the mix like shimmering electronic elements and a scattered beat. I love what happens towards the end of the track, as everything after the 3 minute mark slowly fades away until you’re left with nothing but a subtle vocal sample and single synth notes.

If you’re like me and instantly fell in love with his dreamy sound, then keep tabs on his SoundCloud page to see what he releases next. And I’d like to send a shoutout to Curator, Duffster, for sharing this awesome new artist with us!

Need even more new music? Then head on over here for some BitCandy-approved goodness!