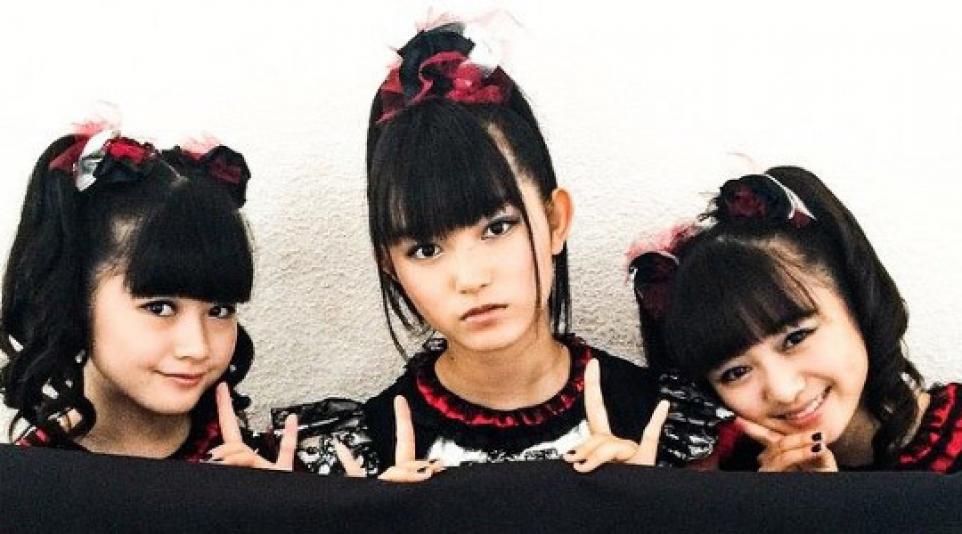 Ever wondered what life would be like if metal received a super kawaii, J-Pop makeover? Well, now we know with the Japanese teenage girl group, Babymetal. Started in 2010, lead singer Su-Metal and her supporting members Yuimetal and Moametal (yay for stage names!) have been combining Japan’s love for both rock/metal and female girl-groups by singing and doing synchronized dance routines to some surprisingly heavy melodic metal. Their cute and quirky pop-vocals put an interesting spin on the traditional melodic-metal genre, and it all somehow works wonderfully. They've already been creating some major buzz in America this year with their self-titled album, Babymetal, and have even opened up for Lady Gaga a few times on her current tour. But enough of my rambling, go put on your favorite lolita outfit (google it) and let’s see what all the hype is about!

This track certainly lives up to its name. “Head Bangya!!” is almost five minutes of double-bass and shredding that will have you head banging in no time. Plus the video rules pretty hard, featuring a young girl in a traditional Japanese school-girl outfit putting on a neck brace in a ceremonial fashion so she can be prepared for some serious head banging. Safety first!

“Gimme Chocolate!” is four minutes of blast-beats and a truly infectious chorus that will be stuck in your head even if you can’t understand it. Around the 2:20 mark, the song is already going at full force but is taken to the next level by a guitar solo that makes you forget you’re listening to a group of teenage girls. And according to the video, some pretty intense choreography goes along with it and they put on one hell of a live show with a screen displaying a statue of the Virgin Mary…I’d say that’s pretty metal.

BABYMETAL BACK TO THE USA/UK TOUR 2014 Message to London

They recorded a quick video promoting their UK/American tour that will be happening later this year and shows that Su-Metal really is the “leader” of the group as she’s the one doing most of the talking. You can tell that they are super excited on their global success and that they really do put on a fantastic show (I’m still kicking myself for missing their LA show a few months ago).

Since I’m sure these girls totally won you over, go “like” their Facebook page and maybe even catch them live! Need some more new music in your life? Then click here for more BitCandy-approved new artists!