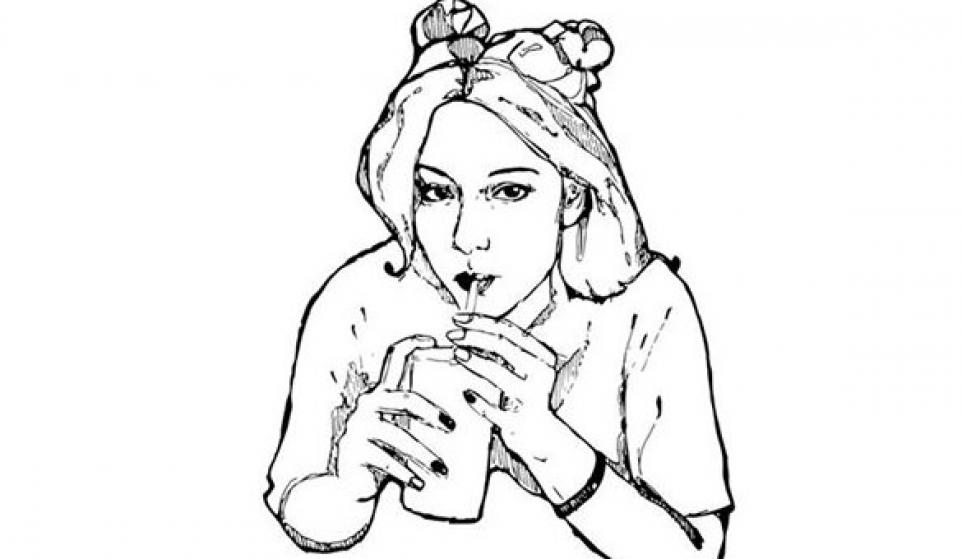 Unless you’ve been living under a rock for the past few months, chances are you’ve totally already heard Bibi Bourelly’s work but you probably don’t even know it yet. The Berlin-raised 20 year old songwriter penned Rihanna’s latest hit song, “Bitch Better Have My Money,” (as well as “Higher” that will be on RiRi’s upcoming album R8) and now she’s finally having her own time in the spotlight with her explosive debut single, “Riot.”

“Riot” makes one hell of a splash and proves that this young artist is totally here to stay. Coming in at just over two minutes in length, the stripped-down track doesn’t mess around with electronics or over-done production techniques as it features nothing but acoustic guitar and Bibi’s stylishly raw and textured vocals.

The empowering lyrics will make you not want to take crap from anybody while making you feel like you can do anything you set your mind to, as the song is packed with killer lines like “fists up ’til I stop breathing/ fists up ’til I start wheezin’.” I especially love the chorus, which will stick with you instantly as she sings, “I’m not leaving in silence/ you wont see me cryin’/ you goin’ see the fire in my eyes.”

We can’t wait to see what Bibi releases next, but telling by “Riot” and “Bitch Better Have My Money,” it’s probably going to be pretty awesome.

To be the first to hear about which pop star she’s writing for next or when she’s releasing more of her own material (hopefully sooner than later!), be sure to like her Facebook page and show her some love and support! And in the meantime, checkout even more awesome BitCandy-approved new music by clicking here.