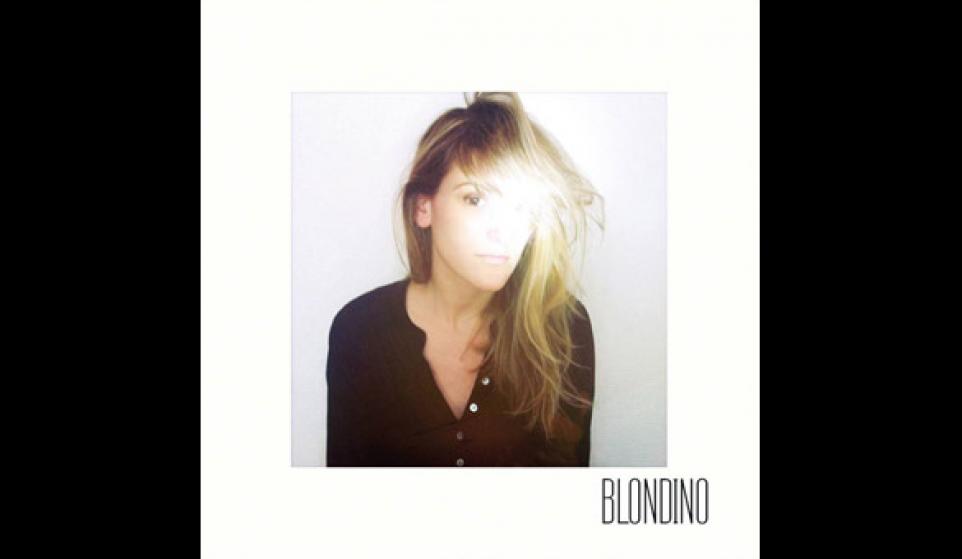 Ok, apparently I need to be introduced to our curator Pavit B just so I can say thank you for Blondino. I’m not usually gushy, but I love this. I mean love. From first single I clicked on Blondino’s Soundcloud page, “Tant Qu’il Aura Des Hommes,” pretty much hooked me and I’m almost positive our lovely and discerning listeners will be hooked as well.

Well clearly that single is in French, and in fact Blondino is French, from Paris. There is very little about her online, and her whole damn Facebook page is in French so I suppose I’ll just have to gush some more. First I can tell you that it doesn’t matter one bit if you can’t understand French, the music and the sentiment is right there and doesn’t really need language at all. What we’re looking at style-wise, since I used the first paragraph and a half to spooge over this chick and you thus still have no idea what I’m talking about, is basically an amalgam of folk vocals, electronic sampling, acoustic guitar and rock sensibility. Sound interesting? You bet it is.

Blondino released her self-titled EP on Bandcamp in June and it contains three songs: “Mon Amie,” “Oslo,” and the afore-mentioned heartstopper, “Tant Qu’il Aura Des Hommes.” I think “Tant Qu’il Aura Des Hommes,” which translates to “As Long as there are Men,” has to be my favorite just because it has the most electronic production; you get a little Siouxie Sioux and Yeah Yeah Yeahs in the synths (do I hear a Moog?), but then Blondino’s vocals just take it to another level. It’s like putting béchamel on your eggs. It makes everything better, and the beautiful vocals do just that. They are decidedly French not only in language but in style: breathy and raspy at the same time, emotive and detached at once. As French pop rock goes, Phoenix had better move over. France as a source for actually decent modern music, I think, is now a thing.

“Mon Amie” is a little more quiet and folky than the first single, with a soft acoustic guitar as the main support for Blondino’s vocals. The vocals are also a bit more melancholy, and not to harp on the French thing, but somehow when done in this language, it tones down the folk a bit, even in the face of a very Americana/folk guitar, which pops up toward the end of the track.

“Mon Amie” has an accompanying video, and it kind of reflects the conditions of Blondino’s vocals, if I’m not reaching there. It’s very simple, depicting Blondino alone standing in front of projector. As she strikes different poses, some off-camera person is moving the projector back and forth so that Blondino’s shadow is much more animated, and at times looks like it’s dancing. The shadow is definitely much more active than Blondino, and the video reflects this quality in Blondino’s music to be at once emotive and detached. It also may show a hidden, solitary life that is more real than the busy, movement-filled lives we tend to project. The “Cave of Shadows” story in Plato’s Republic comes to mind. While the shadow life may seem more interesting and fun, everyone is truly alone and their lives are really only what happens inside when no one is watching and all of the worries of day-to-day existence seem not to matter.

You really just have to listen to Blondino to fully understand what I’m talking about; there’s a quality to her sound, a rawness and also a futile apathy that just can’t be properly connoted by a lowly Bitcandy writer. Not to tow the French line again, but dare I say she has a certain je sais quoi? I think I just did, so there. Blondino is just starting to be recognized on the French music scene, so now is the time to cop the album on Bandcamp (player below) or itunes or at least stream it before she blows up in the U.S. Believe me, she will, whether she wants to or not, and possibly whether she switches to English lyrics or not. Hipsters do love French shit, after all, so make sure you stay ahead of the curve.