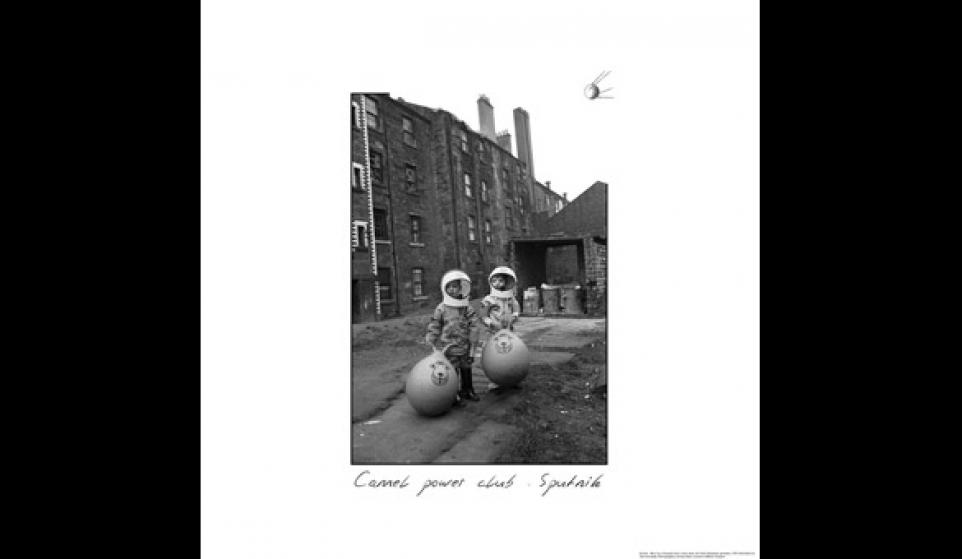 Coming to us through our curator Callmearry by way of France is Camel Power Club, who are “two very good friends making music together.” Indeed this relaxed vibe of chill friendship permeates their music. Their Sputnik EP is full of unabashed happiness set to a tempo that is somewhere between danceable and just kinda sit on the couch and tap your foot-able. It’s a cute blend of French house, tropical island chill, and, dare I say, children’s music.

Laïka is a perfect example of the child-like abandon CPC incorporates into their sound, mostly because they got a bunch of kids to sing on this track. The beat happily plods along as CPC and children sing about the cruelty of hunting (poaching also?) and the destruction of wildlife. It’s a bizzarro educational song that teaches hunters should be shot in kind. “If you feel like going hunting, we’re gonna shoot you down…” they sing. When you start grooving to the handclaps and the kid’s chorus of “Yeah!” you realize that this band just made vigilante justice sound really fun. The peppering of the aforementioned island vibes, in the form of breezy guitars and head nodding bass, send this one to the top of the Charm Chart.

Fisher is a similarly constructed song, but not to its detriment. There’s heavy subject matter in the lyrics concerning identity and self acceptance, but the vocals are such that it sounds like Snuffleupagus is giving you some serious and valuable life advice. The little rimshots, the muted horns, and the guitars that didn’t sell me on Jack Johnson at all but work very well here, combine to produce a song that is not just a superficially positive tune, but a very life affirming song brimming with confident happiness.

There are going to be some people that make the error of dismissing Camel Power Club because they may “sound” too simplistic. However there is a lot of warm fuzzies to be gained from intelligent instrumentation, which demonstrates that these guys are clear in their aim and have the talent to hit the targets. For me, CPC’s music is like having a cheery foreign buddy who pats you on the shoulder and tells you everything’s gonna be alright. Then you’re somewhat dismissive about it, but he gives you an extra squeeze and says “No, really.  It’s gonna be okay.” And you believe him. A big shoutout to our curator Callmearry for finding this bit of sonic friendship.