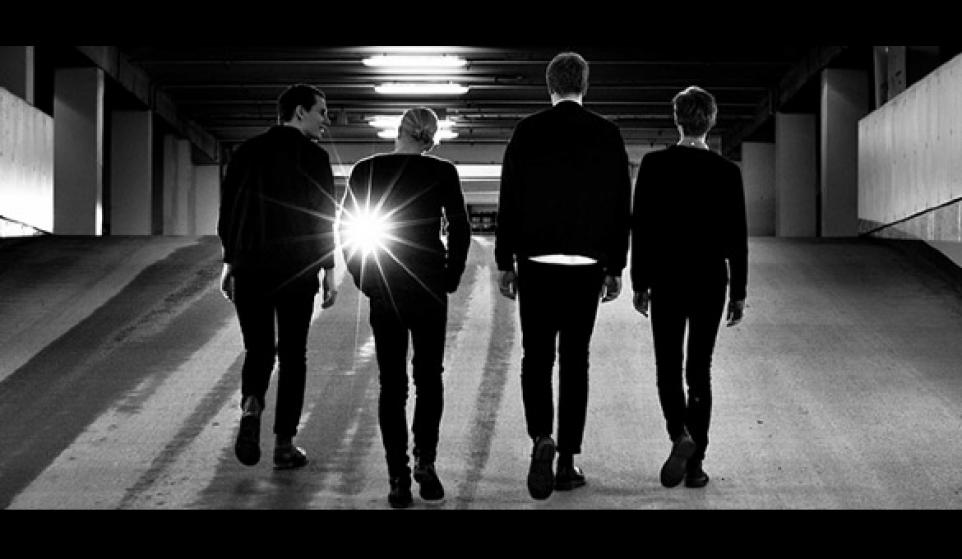 Sassy garage-rock is alive and well in the suburbs of Stockholm, Sweden, and new band Chirping is here to captivate you with their insanely catchy debut single, “Ambitions.” Members Björn Rudling (drums), Carl Vikberg (vocals/guitar), Johan Melander (guitar/keys), and Viktor Aström (bass) left their previous bands in 2011 to form Chirping, and have been creating guitar-driven pop with an ‘80s synth-flare ever since. If you’re a fan of the ‘80s as well as indie pop, you’ll definitely want to check these guys out!

I imagine “Ambitions” is what it would sound like if The Strokes were locked in a room for 24 hours while Modern English’s “Melt With You” was played on repeat and then decided to write a song. Recorded during the summer of 2014, the track is carried by a hi-hat infused beat, ‘80s-inspired synths, bouncy bass, and dancey guitar chords. Lead singer Cark Vikberg’s vocals are deep and reminiscent of Julian Casablancas at times, and will leave you nostalgic for the early-mid 2000’s where bands like Mando Diao and The Libertines were everywhere. The song’s video is perfectly fitting, as it features the guys looking cooler than you could ever hope to be as they jam out in a Instagram-approved field wearing sunglasses and all black. Even though this is the only track the band has released so far, I think it’s safe to say that we can expect these guys to deliver more catchy choruses and dancey garage rock that we’ll totally fall in love with.

If you liked what you heard and want to be among the first to know when Chirping releases more songs, then be sure to “like” their Facebook page and tell them you want more! (But in a nice, non-pushy way, of course). And if you need even more awesome BitCandy-approved new music in the meantime, then head on over here.