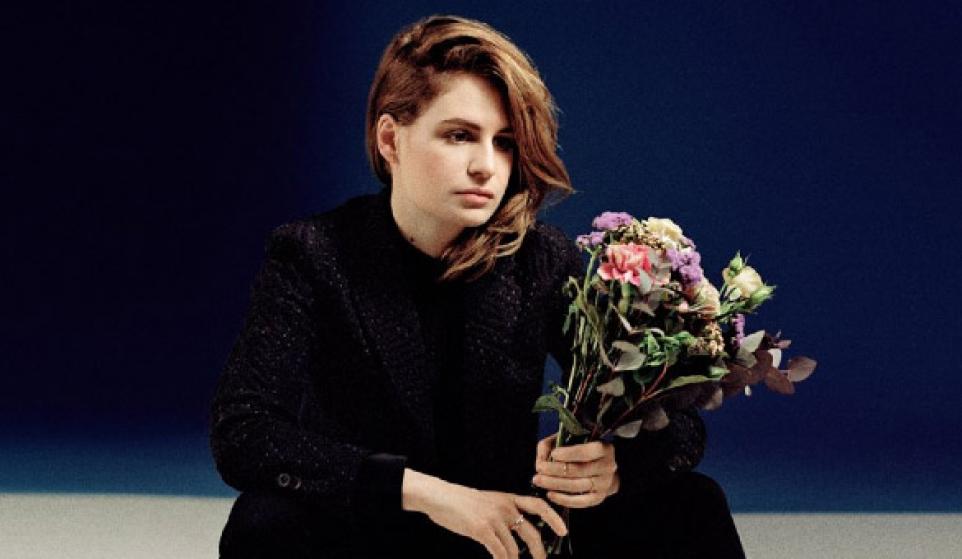 27-year-old French songstress Heloise Letissier is not really a “new artist,” since she’s been making music under the title of Christine and The Queens since 2011, but now the singer-songwriter is in the process of quickly gaining an American following with her English language self-titled debut. If you’re into fun pop artists like Yelle or Marina and The Diamonds, then do yourself a favor and read on to discover Christine and The Queens.

CHRISTINE AND THE QUEENS - NO HARM IS DONE

Christine teams up with Philadelphia-based rapper Tunji Ige on her latest track, “No Harm Is Done,” and it’s an easygoing mid tempo song that’s going to be on all of your chill out playlists. Bubbling electronics, soaring atmospherics, and a drum machine beat full of clicks and ticks carry you throughout its duration. Her laid back croon harmonizes with Tunji’s backing vocals effortlessly until his verse finally hits at the 2:25 mark to help break things up.

CHRISTINE AND THE QUEENS - TILTED

“Tilted” is another must-hear track of her’s and it’s easily one of my favorites. If it sounds familiar, that’s because “Tilted” is simply the English version of her French song “Christine,” but that doesn’t make it any less awesome. Sparkling keys, warping electronics, and an echoey beat create the perfect platform for her intoxicating vocals as she sings “I am naturally good/ can’t help it if we’re tilted.” I am completely hypnotized by her Fresh-language breakdown at the 2:15 mark as her ghostly backing vocals bring you back into the heart of the track.

CHRISTINE AND THE QUEENS - IT

“It” starts out with an orchestral bang until quickly shifting into a pulsating synth-bass beat. Once the bright synths hit around 40 seconds in, the track takes on a playful yet sophisticated tropical feel that sums up her sound perfectly.

Since I’m sure you want more from Christine and the Queens, be sure to “like” her Facebook page and show her some love and support! And if you need even more BitCandy-filtered new music, head on over here.