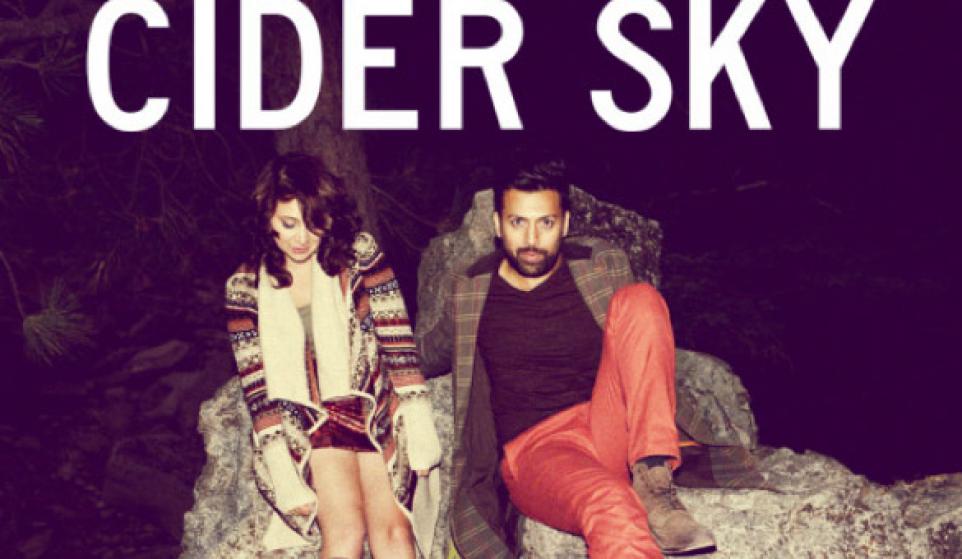 Simon Wilcox and Shridhar Solanki met randomly in London and luckily again in Los Angeles, because that’s when their project, Cider Sky was born. Although they might sound familiar if you heard the Twilight Saga: Breaking Dawn soundtrack (it’s okay…I think we all can admit that those soundtracks were surprisingly good), they’re finally gaining some well-deserved buzz with their blend of indie and electropop. According to their Facebook profile, their “musical mission” is “to put forth a little more beauty and light into the world,” and I think that’s exactly what they’re doing. For fans of indie-pop bands like Grouplove or Of Monsters and Men but crave something new, Cider Sky is just the band for you.

“Flames” is an adorable indie pop song with a slight Death Cab For Cutie feel. It’s packed with electronic elements like synths and a beat made up of clicks and claps, as well as subtle electric guitar here and there. By the time the chorus hits at the 0:48 mark, its clear that it’s just a matter of time before their music hits mainstream radio.

CIDER SKY - WE ARE IN LOVE

The duo provided their trademark melodies and uplifting lyrics on Planet of Sound’s track, “Together.” This track is purely magical right from the beginning, with Simon and Shridhar’s echoey soft vocals, electric guitar, and lots of of hi-hat action. Things really start to take off around the 2:20 mark when bubbly, 8-bit video game-sounding synths come in as the vocals become layered and hazy. I certainly hope they team up with Planet of Sound again in the future because this track is really something special.

Since I’m sure their adorable indie-pop touched your heart, head on over to their Facebook page and give them a “like!” And if you crave even more BitCandy-approved new music, then click here!