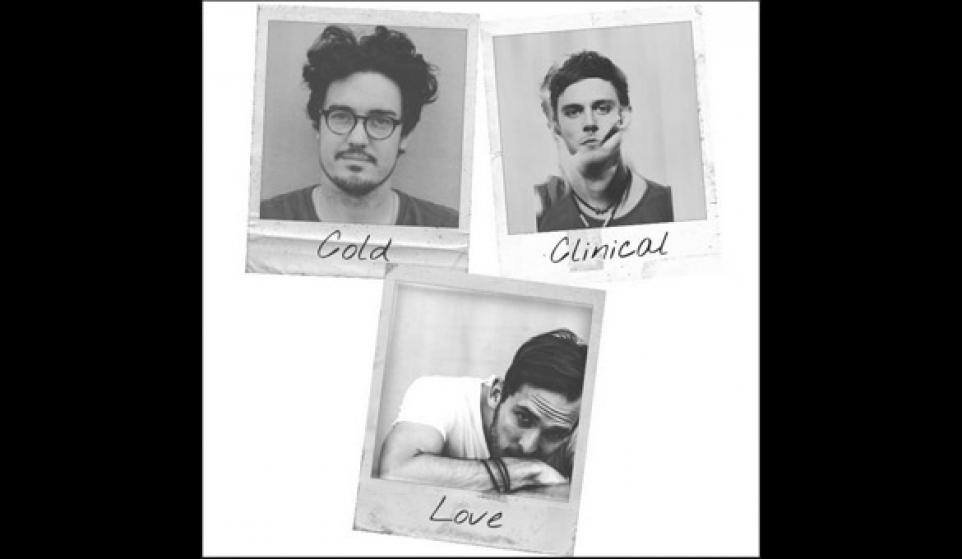 Back in April of this year, 2014, the year of our Lorde, I wrote about the mysterious new artist Cold Clinical Love. Apparently I claim these guys are from the Aaland Islands, which definitely sounds like a made up place. I've yet to have the courage to do a SomethingSearch of it and find out for sure. I remember at the time liking the song and being frustrated at what seemed like an intentional lack of information. This track was too good, too polished to be the work of some bedroom pop aficionados.

And as it turns out, I was right. But we'll keep the suspense going just a little bit longer and let you listen to their kickass new jam, "Bullet Youth"

The fellows behind the excellently named Cold Clinical Love recently decided to step out from behind the veil of Maya on Facebook, of all places. Cold Clinical Love is a trio spearheaded by Marcus Azon, the lead singer of the Australian band Jinja Safari, along with Jono Kirkham and Gav Parry, aka the Aussie production duo YesYou. The trio has been creating and writing songs together now for over three years. The idea for a collaboration likely came to them via "Frivolous Life," the lead single off YesYou's debut which featured Mr. Azon's vocals.

CLL, as they're bound to be called, began releasing songs anonymously online the last six months to see what they reception would be. They've gotten strong buzz in various corners of the internet, including here, apparently strong enough that the trio recently signed with Wonderlick/Sony.

Hopefully this leads to a cascade of new songs, because as great as the three they've put out are, I'm ready for more.

While I feel silly for initially getting duped by that whole Aaland Islands farce, I'm glad that Cold Clinical Love exists and presumably will continue to make music. Their percussion-driven electro pop is undeniably catchy and tremendous, regardless of where they hail from. These guys seem to be the next indie pop from down under. Or they'll just continue to make great music in relative anonymity. Either way I'm just glad I'll get to hear it.

Special thanks to Gui Alvim, who gave us the DL on Cold Clinical Love. If you know of similarly unknown and unheralded bands like CCL, let us know about them by becoming a Bitcandy Curator. We'll even pay you for the info! Find out how it all works.