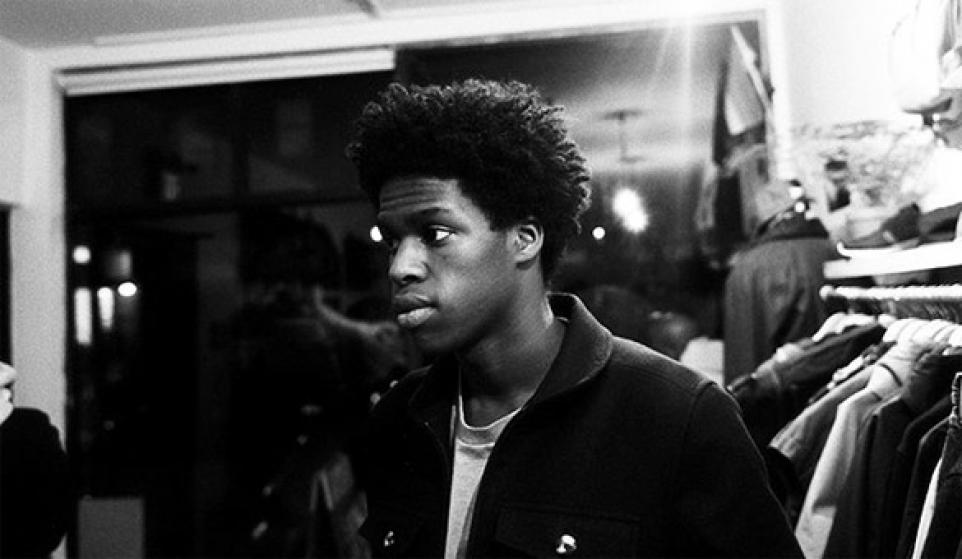 Life is but a dream they say, whoever the hell they are. But for emerging artist Daniel Caesar, his life most currently feels like a dream, because, well, it is. Or more appropriately was.

Raised in a sternly religious household, Caesar would go to church on the weekend, sit in the pews and dream of freedom, of living on his own, and making the music he wanted to make. A divine bit of luck, disguised as rock bottom, gave him the opportunity to live his dream at the tender young age of 19.

While attending a private Christian high school in his hometown of Oshawa, Canada, Caesar was expelled his junior year for selling “like two grams” of marijuana to a classmate. The kicker of all this is that his parents were to ones who snitched on him. Daniel used this incident as an opportunity to move to Toronto and discover the music and freedom he’d been dreaming of.

The son of critically-acclaim gospel singer Norwill Simmonds, Caesar doesn’t shy away from his religious upbringing. Nor does he smear it for the sake of provocation. Instead, like his idol Drake, he keeps it 100. And just like Dreezy, he also keeps things emo.

Caesar is quick to point out that while religion has played a central role in his life, his music is not necessarily religious, or geared towards one kind of person or another. Instead it’s just him telling stories, the story of his life namely. So yes, religion is a theme, but so are girls, heart ache, existential crisies, and everything else that people make art about.

Late last year, Caesar put out his debut EP, Praise Break. The stunning seven song journey found acclaim with audiences and critics alike. His music at once sounds familiar, clearly influenced by fellow, better-know Torontonian artists, and wholly distinct. Critics see him as a defining voice for new soul, whereas Daniel just calls his music a “collision of all the sounds I appreciated growing up.”

What it really sounds like is the best R&B out there, only more guitar-heavy. Whether or not that changes as his career progresses remains to be seen. I for one can’t wait to find out.

Big ups to the always wonderful Becks, who was the Curator who brought Daniel Caesar to our attention. We are all better off for it.