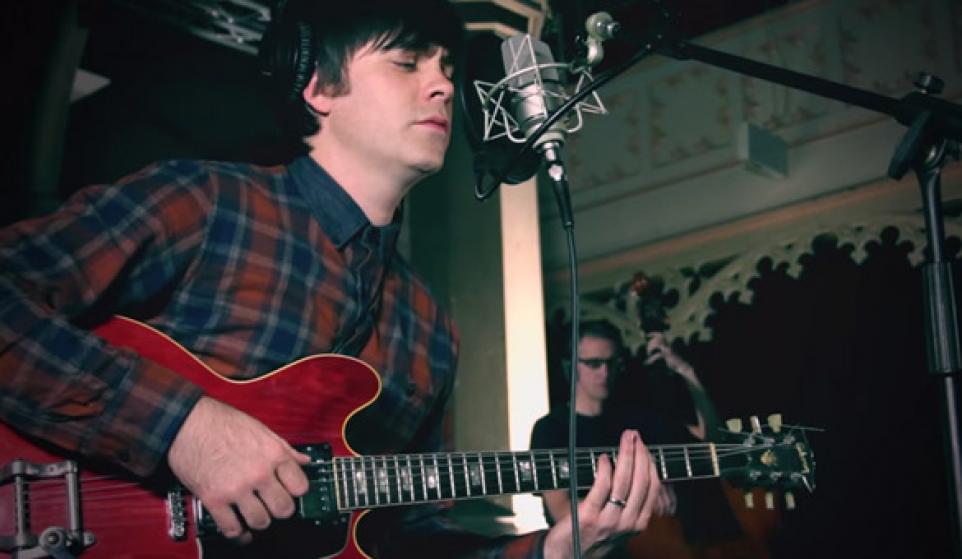 David O'Dowda is either the name of an emerging artist from Manchester, or the name of the dude who runs your local funeral home.

Spoiler alert, David O'Dowda is an experimental folk musician who also soundtracks movies for the indie studio, Pylon Pictures Ltd, which is also located in Manchester. As an artist, O'Dowda is hard to define, which gives him another thing in common with funeral home proprietors. The similarities basically end there though.

With a mixture of mysticism and straight forward lyrics, O'Dowda has a distinctive style that has amassed him critical acclaim in certain corners of the interwebs and as well as a  large following in Eastern Europe. The bulk of information available on him is written is some Slavic language that neither Google or I know what to do with. It all seems to be pretty positive.

While O'Dowda marches to the beat of his own drum, he's undoubtedly influenced by the likes of Bon Iver and Gotye. Harmonies are central to his music, as is a falsetto that rivals Justin Vernon at times. His voice is his greatest attribute, but the music he outfits it with is diverse and lush, adding layers to the proceedings.

Thus far O'Dowda has an LP and EP to his name. His folk stylings are direct, yet the peripherals keep things interesting. He often plays with a full band, although he writes all of the instrumentation himself. O'Dowda's music is minimalistic and sparse, and at times is so low-key it seems to lack a definitive pulse. This doesn't stop his songs from always being interesting, he's too talented for that.

As of now only a handful of people in the former Soviet Union are aware of that. Welcome to a pretty exclusive club.

If your iTunes is filled with unknown gems like David O'Dowda, then we'd like to pay you for that information. Become a Bitcandy Curator today!