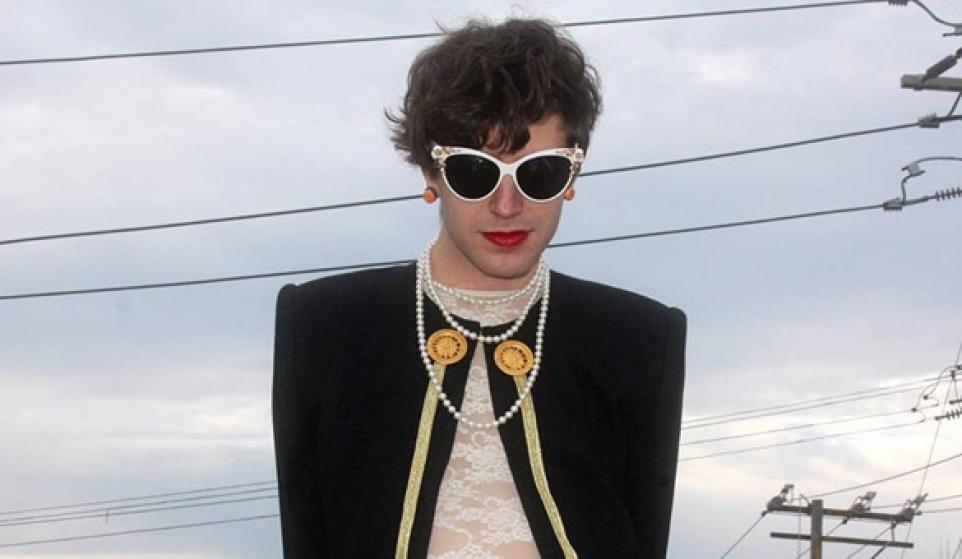 Ezra Furman is a ridiculous human being and I mean that in the best way possible. His music, his website, his whole...thing...seems to be stream of consciousness and a lot of ideas and sounds and words and styles are all colliding with one another, resulting in very little that makes sense but it all is somehow entertaining and musically enjoyable. The whole thing screams “student art project” but damn it, it works.

"Restless Years" is an explosion of teen pop and church organ punk rock. It rocks in a really harmless way and yet there’s something dark and angsty about it, without the song or the vocals ever nearing fatalistic territories. Furman just literally scoots around town, trying on a lot of different ideas and ladies outfits. It’s both intriguing and confusing, but overall a catchy cross dressing Napoleon Dynamite punk anthem.

"My Zero" walks a little less frenetic, more acoustic indie path. It’s horn tinged and thoughtfully sung. Of the two, I like "My Zero," both the song and video, less than "Restless Years" but I think this is the song that’s going to get the most airplay. It’s accessible and (only) slightly less weird than "Restless Years."

Ezra Furman has already developed a small, fascinating cult of personality online. His website is basically just a blog where he posts anything and everything, including responses to his fans and his trolls. And he has several trolls. I don’t know if I myself am totally sold on Furman but from a purely musical standpoint I think the guy is extremely interesting and smart, and I’d like to see his catchy oddpop get some more exposure. Props to curator Pavit B for this fascinating find.