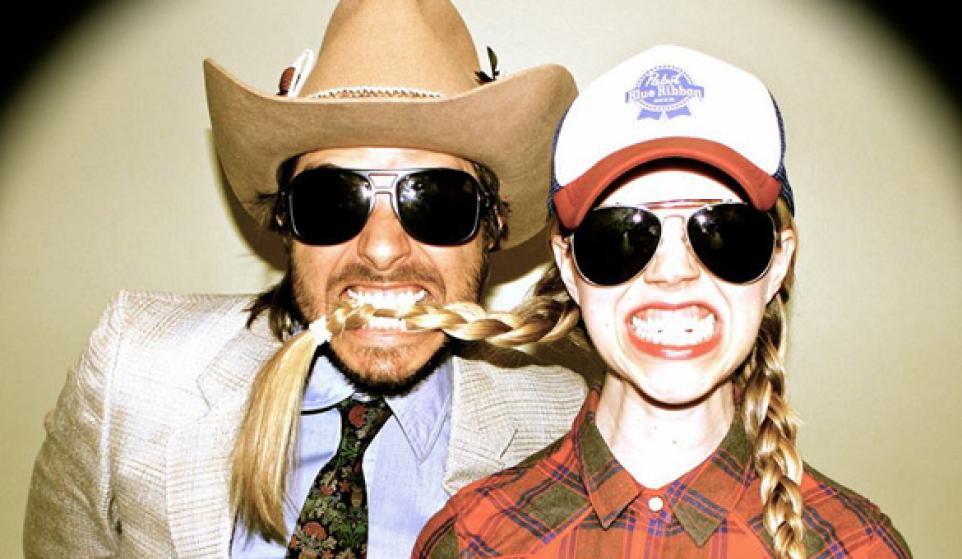 OK, so these two totally remind me of an American Die Antwoord, except their music isn’t a big, f**kin’ joke! This is Buck Lucky and Ray Ray from Nashville, Tennessee and they make pop-rock like no one else. I’m not really sure which one is Buck Lucky and which one is Ray Ray but they want to “boogie your woogie for a few minutes” and I am 100% down for that!

FARMDALE – I JUST DO

Now this is an answer to pretty much everything, especially the love question. Like, I don’t know why I love this song, I just do. So I don’t know why I couldn’t embed this from your Soundcloud page Farmdale, but I’m kind of offended! Luckily, you uploaded it to YouTube too, so no hard feelings. I honestly have no idea why I love this song, but I want to invite it to a party and then get it drunk and do stuff with it. You know! And it also makes me want to jump around in a cowboy hat and boots, like old school Taylor Swizzle.

It may seem like nobody on earth are really listening to Farmdale, judging by their 400 fans on Facebook and 130 followers on Soundcloud, BUT they’ve actually been featured on some big name things like TV shows and commercials. So this song is a little different from the last one in that it actually sounds like it came out of Tennessee. It’s pretty inspiring, isn’t it?! It’s just got that vibe.

Grouplove if Grouplove were pop. Are you getting that too?! No? Alright, it’s just me then. Or maybe you haven’t listened to Grouplove as much as I have. Anyway, Smile is another totally different kind of track, bathing in all its popness. Someone on Soundcloud said, “This sound be on the radio!” and that’s the perfect way to describe it!

You like it, don’t you?! I’m doing this right now.