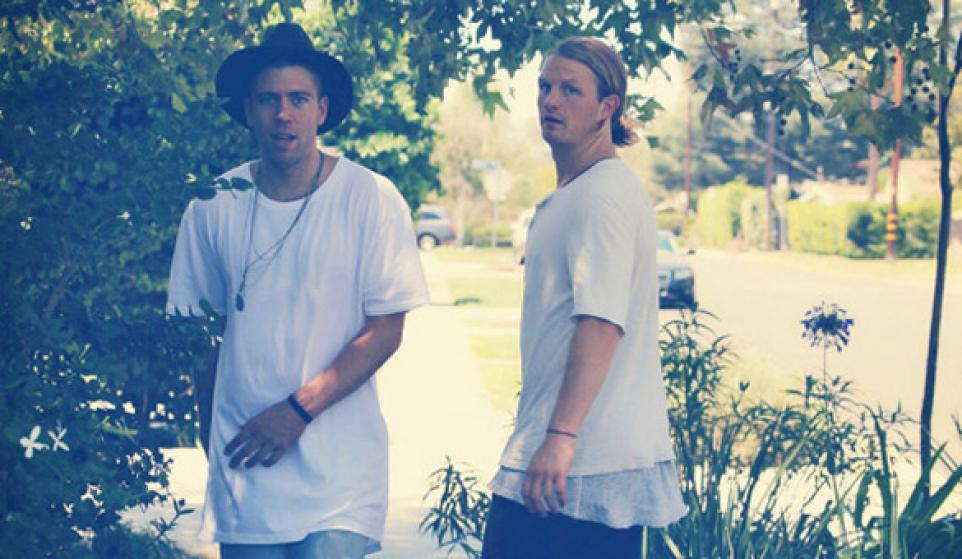 Just about everything about these bros is unknown, for reasons we'll address here shortly. What we do know about them is their music, which is pretty on point. At the time of writing the band has released five songs, three original cuts and two remixes. I've been listened to this quintet religiously for the past few weeks and show no signs of slowing down.

Based purely on sonic vibes, I want to chill with these dudes. Even if their spelling sucks.

James Sunderland and Brett Hite comprise Frenship and were nice enough to let us premier "Morrison," which incidentally is named after James' hometown. Morrison also happens to be home of the greatest concert venue on this continent: Red Rocks. If you've been lucky enough to see a show there then you immediately understand how Frenship could craft such a perfect bit of bedroom pop in the town's honor.

"Morrison" is actually a departure from the band's previous two songs, as it's more accessible and dreamy than "Anya' and "Kids." The later are both tremendous songs, they just have more of electronic feel to them. Really the band has shown a good deal of diversity in spite of only letting us hear a trio of their songs. On "Morrison" Frenship sounds like fellow Bitcandy favorites LANY, Great Good Fine Ok, and High Highs. Elsewhere their moody synth and infectious beats recall influences as diverse as The Killers, Phil Collins, and Prince.

What I'm trying to say is these guys are really good and far more than just a one-trick pony.

Much like chivalry, I am constantly pronouncing real journalism to be dead, namely so I have an excuse not to practice it. Frenship is cockblocked by search engines thanks to an identically named school district in Texas that has an extensive band program to boot. So basically if there's any available information online on these guys its buried deep in search-engine purgatory. I mean I could have tried to contact them via the e-mail address they have listed on their Soundcloud, but that would make me a hypocrite.

Despite their immense talent, Frenship remains unsigned. If you know of any similar unknown and under appreciated bands, let us know by becoming a Bitcandy Curator and we'll pay you for the information. Seriously, we will.