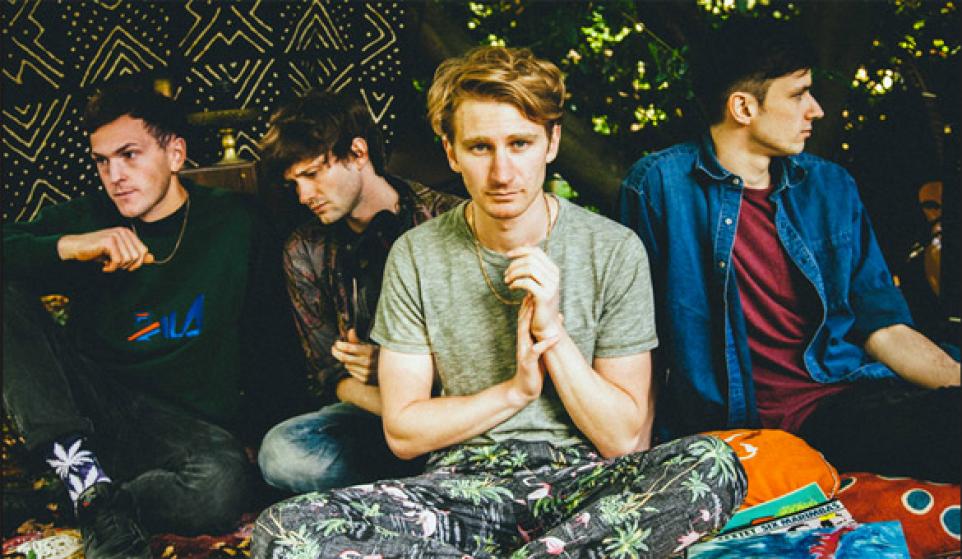 In the digital age, what’s the purpose of a record label? The landscape is genuinely over-saturated with ways for bands to distribute music, so why even bother with such an anachronistic insitution?

Well if you’re emerging artist Glass Animals, you sign with a record label because of the dude who wanted to sign you. The indie rock quartet from Oxford is the first signing to Wolf Tone, a new label from Paul Epworth, the megastar producer who's worked with Adele, Florence and the Machine, Bloc Party, Bruno Mars, and countless other notable acts. When the dude who helped craft 21 wants to help you make music, you should always say yes.

So what exactly did the Mr. Epworth hear in these guys that led him to making Glass Animals his label’s flagship band?

Dave Bayley, Drew MacFarlane, Edmund Irwin-Singer, Joe Seaward have know each other since middle school. Or whatever the British equivalent of middle school is called. Glass Animals is their third name, as they originally went by Afro Pony and then Alligator Puffin Chicken Go Yeh Woo. Glass Animals is a fine and fitting name, but how on earth did they ever move on from Afro Pony?

According to legend, the band does most of their recording and music writing in “The Shed” - a hut in the woods filled with pillows and blankets so they can go there to chill and get away from it all. Are these guys a real band or did they appear out of the ether of a Weezer song?

The history section of Glass Animals Wikipedia page is blank, which feels really poignant and like the ending of Back to the Future III. Speaking of Docs, frontman Dave Bayley put off Med School to pursue his dream of being a rock star. Probably not much of a change in ambience from spending your days around psychiatric patients and a bunch of musicians. He was so nervous when they first recorded that he hid behind a duvet cover. It’s a safe bet he pictures everyone in the audience naked and fucking in order to get through a live set.

Line of Best Fit: How would you describe your sound to someone who’s never heard you before?

Glass Animals: Like the sound of unicorns whispering, but with no cowbell.

Good thing I did some Google research on these guys, otherwise I would have come up with the exact same description for their music that they did. Seriously though, what a great quote. Even if I didn’t like their music I’d support this band based on the strength of that line alone.

Listening to Glass Animals, they’re clearly inspired by Flying Lotus, Radiohead, and Animal Collective. In fact, many are predicting the best-case/logical scenario for these guys seems to be becoming the UK's answer to AnCo. I personally think they’re more in the same vein as Wild Beasts and Alt-J, but if these cats want to be beloved by the hipster press and no one who actually buys music, they should go the British Animal Collective route.

Glass Animals debut album, Zaba, came out in the summer of last year. 2014 in case you forgot. The psychedelic and cerebral record is incredibly polished and accessible. I still find it hard to believe that this is their debut, since it sounds like these guys have been making music for forever. Whether they reach the commercial heights of the other artists Epworth has worked with remains to be seen, but it’s clear he’s found another gem.

Keep an eye and ear out for these guys. They’re gonna be around for awhile.