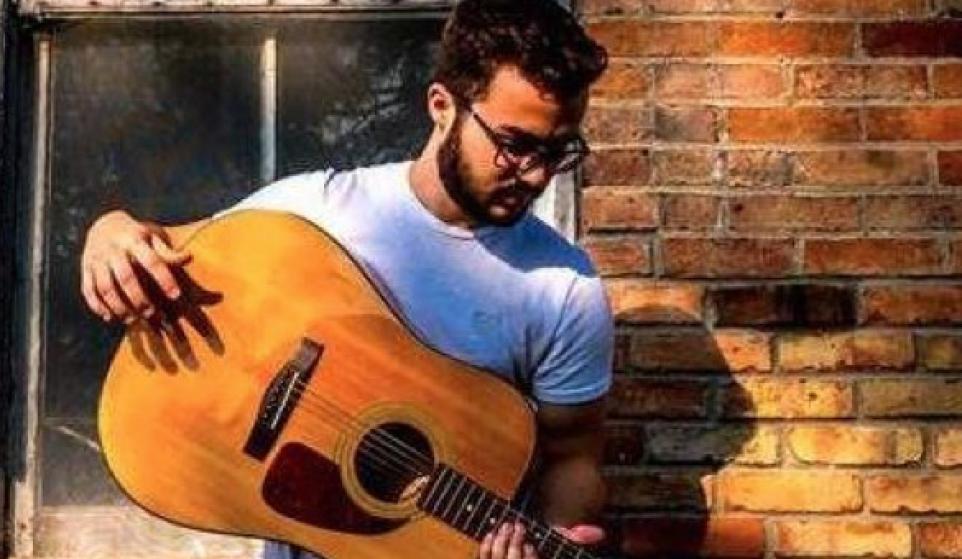 From the new buzzed about music collective called THE PIZZA CULT, whose mission is to “feed hungry ears,” comes new producer GOLDWATER. The London/Toronto-based producer (real name, Sam) has a knack for creating some seriously out of this world beats that add a cool new touch to the future bass genre. If you’re looking for some blissed-out instrumentals to add to your next chill out playlists, then read on to discover the awesome sounds of GOLDWATER.

“Glaciate” is the second Pizza Cult release, and it’s an awesomely intergalactic instrumental track that sinks its hooks into your ears with super shinny synths that lead you to the take off at 0:30. From there on out you’re hit with deep, booming bass, skittering and winding trap beats, and some sparkling electronics that make you feel as if you’re trapped in a retro-future 8-bit video game. After about 1 minute in, a voice comes out of nowhere and taunts, “yeah, Goldwater…like it’s great and all…but I mean, it’s not heavy enough,” which leads into an explosion of pulsating bleeps, bloops, and robotic craziness. Then about halfway through, he gives the listener a chance to cool down with some soft keys before slowly picking back up again.

“Fall” is the perfect track to switch to after the intensity of “Glaciate,” as it eases you in with the soothing natural sound of rainfall and sparkling piano notes. Things eventually take a groovy turn with fuzzy and wobbly electronic elements, ticking beats, and plenty of chimes to create the perfect soundtrack for lazy Sundays. Things pick up again after the 1:40 mark with some synth-filled energy to add the perfect retro-influenced touch.

“Mantis” kicks things off on a shinny, synth-led note before quickly jumping into a bass-filled drop. Before you know it, you’re lost in an awesomely trippy whirlwind of warped sounding synths, fast paced and intricate percussion, and some space-age electronics that make for a seriously hot track. There’s plenty of noteworthy transitions to keep you and your ears on the edge of your seat as you wait to hear what he throws at you next. It’s a track that will make you feel like you’re experiencing a dizzying alternate universe that you can’t help but love.

Since I’m sure you loved what you heard, head over to his SoundCloud page to check out even more of his material, and follow him on Twitter for more updates. And if you need even more awesome new music in your life, click here.