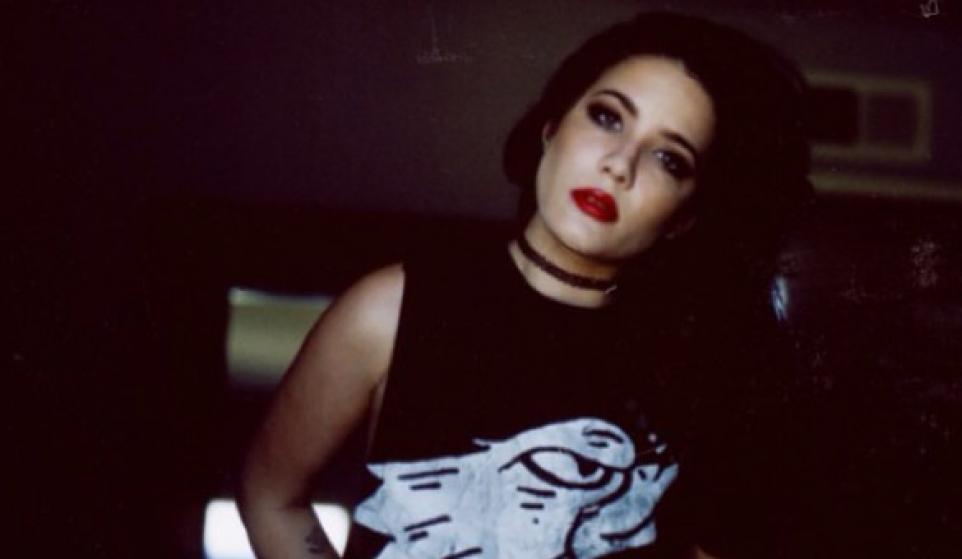 Today we bring you 20 year old Ashley Frangipane, aka Halsey (hey…wait a minute. Halsey is totally an anagram of Ashley…clever stage name!) and she’s creating some insanely catchy electropop with a dark and moody twist. The New Jersey native just released her debut EP, Room 93, and it's packed with plenty of catchy hooks and melodies that will stick with you long after you listen. If you’re a fan of artists like Charlie xCx, Lorde, or Chvrches but want something fresh and exciting, then you’ll totally fall in love with Halsey.

Every once in a while you hear a song so good that you instantly realize that you’ve stumbled upon something amazing, and that’s totally the case with “Hurricane.” It's a brooding pop ballad with a hard-hitting beat and lyrics that are ready to post on your Tumblr page (the lines “don’t belong to no city/ don’t belong to no man” come to mind…such a good chorus!). It's a perfectly dramatic and dark pop song that Tove Lo would be jealous of, and I can’t get enough of it.

Her first single, “Ghost,” is just as wonderfully moody as “Hurricane” but it leans a little more on the poppy side. I love what happens around 20 seconds in, when the beat becomes heavy and the vocal melody takes on a urgent and fast-paced style. Once the chorus hits around the 40 second mark, the song takes on a “bubblegum" pop vibe as magical sounding chimes are introduced and her vocals become more relaxed. The video itself is worth watching, as it features the problems that a fashionably hip, young couple encounter as they get dramatic and fight in various motel rooms. Good times.

If you’re anything like me and totally fell in love with Halsey’s style, then show her some love and support by “liking” her Facebook page (tell her BitCandy says “hi!”). And last but not least, I’d like to thank Curator, Pavit B., for introducing us to this great new artist!