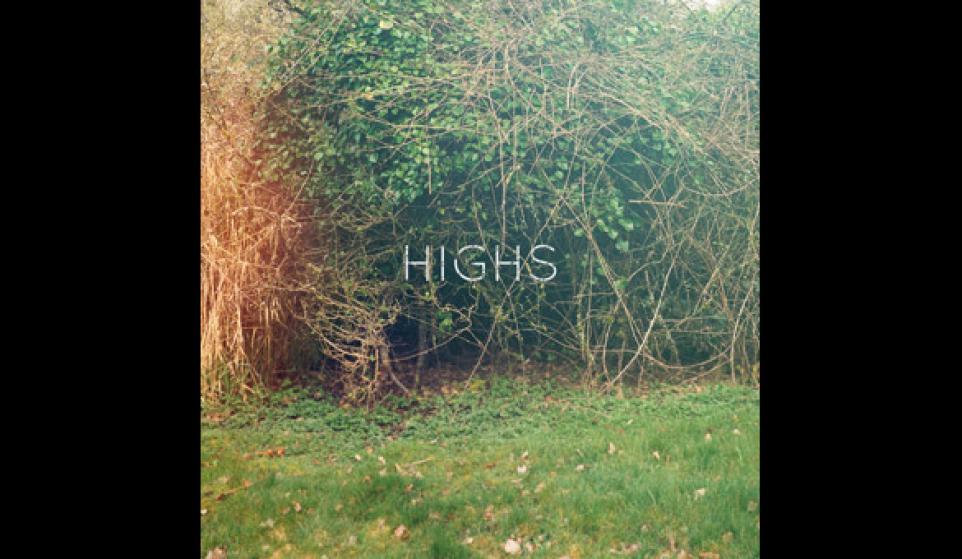 It would seem Canada is becoming as famous for ensemble indie these days as it was for comedians in the late 70s and 80s. I wouldn’t go so far as to say Highs are the typical ensemble band, however. For one thing, they don’t have 20+ members like Arcade Fire or the Polyphonic Spree, and for another, their sound is quite a bit more diversified. I think the ensemble-like sound they have simply comes from the echoey quality of their production, the call-and-response male and female vocals and some of the techniques they use. Aside from that, this four-member ensemble truly have their own sound and it’s light, pretty and fun.

From their video for the opening track on their new self-titled EP, “Summer Dress,” we can see immediately that the members of Highs are able to coax an awful lot out of their instruments. Doug Haynes is able to create a fluffy yet haunting sound with his guitar in this song which is reminiscent of early 10,000 Mainacs, while Kevin Ledlow’s drums are similarly simple yet complex. Karrie Douglas’ keys don’t feature much in this track but they add warmth while her piccolo-pitched vocals compliment the mandolin-like guitar of Haynes.

“Summer Dress” is just one track on the five-song EP which uses an African rhythmic style called Mbaqanga, which was made popular to Western audiences by Paul Simon in his 1989 album Graceland. There’s a music nerd reference for ya. Mbaqanga is a style of rhythm and dance which comes from Zimbabwe and South Africa and was originally tribal but with the addition of western instruments, it morphed into a jazzy, bass-driven form of pop music in Africa. There are a few characteristic basslines in Mbaqanga which drive the genre, and which Paul Simon employed heavily in Graceland, most notably with that album’s remake of “Diamonds on the Soles of Her Shoes.”

Similarly, Highs employ Mbaqanga-inspired basslines and drums to create an upbeat, almost tropical feel. This style is noticeable to the extent that the last track on their EP, “Mango” sounds very much like “Diamonds…”

It’s not just the style, however, as the timbre of the lyrics might also remind listeners of that classic song. It kind of begs the question as to whether Highs is more inspired by Mbaqanga or by Paul Simon, but it’s kind of a moot point; they’re both great, and Mango is probably my favorite song on the EP, so whatever they’re doing I’m not here to stop them.

Speaking of inspiration, it’s always interesting to try to figure out where a band gets theirs. From full-on style emulation to little things that may spark the imagination, you never know what an artist will pick up and use. I have to tell you that if I lived in Toronto, one of the coldest places below the Arctic Cirle, I’d be inspired by tropical-sounding music, whether it came from Paul Simon or nice warm, sunny South Africa. Another random example: despite this general style of African-influenced rhythms, I also can’t help but wonder if Highs got their inspiration for the title of the third song on the EP, “Cannibal Coast” from the band Cannibal Corpse. Obviously the song has nothing to do with death metal, but you never know, right? It’s a funny old world. Ok digression over. 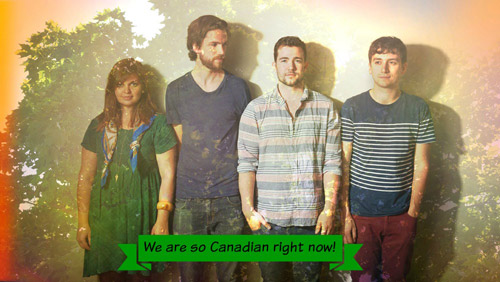 Highs clearly have a great handle on their sound and if you want something fun and upbeat but also a little haunting and very well-produced, Highs is a good bet. Their EP can be streamed or purchased for the very reasonable price of $5 on their Bandcamp site. They’re touring quite a bit in January, though mostly in Canada. If you liked the video in this article, with Audiotree TV, there area bunch more on their website along with the listed tour dates.