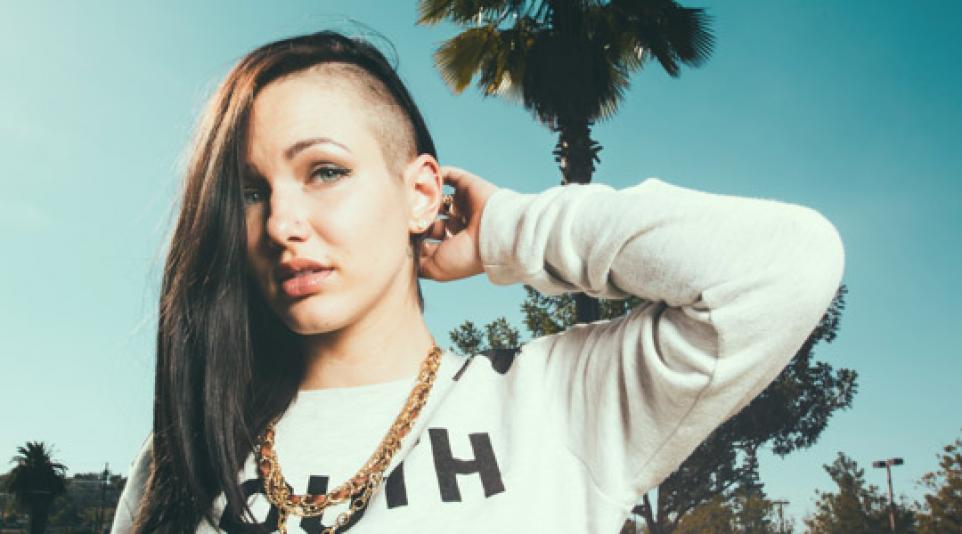 Straight out of Houston, TX comes rapper Hillary Jane. She may not yet be able to play in a lot of clubs or bars (she's only 20...yeah, I feel old too), but she’s already done a lot of good by encouraging young people to stand up for what they believe in and by speaking out against serious issues such as human trafficking. Her music is a blend of hip-hop and R&B, and she’s currently promoting her brand new debut EP, Stix and Stones. She’s a triple threat, proving that besides having the skills to be a rapper, she can also sing and play guitar. On her Facebook profile, she lists artists like Lauryn Hill, Missy Elliott, and Jhene Aiko as her influences and it totally comes through in her music.

According to her sound cloud page, the song is about how “we struggle with valuing fame and fortune over everything else." It satires modern celebrity culture and our obsession with fame and flaunting money. With lyrics like “what we gonna do with all this money?/ Nothing, nothing, nothing” and “Gucci/ I got Prada/ Balenciaga on my feet,” I think it’s safe to say that Hillary Jane is fine making music without the fame and fortune that so many artists strive for. This is definitely her strongest track and proves she has a lot more to offer as her career grows.

“Chimneys” is an empowering song about finding the courage to leave behind anyone who lies or who simply isn’t a positive person to have in your life anymore. The track features clever lyrics, like “call it what you want/ call it what you will/ but you’re only blowing smoke like a chimney when you’re lying to me,” and the track features finger snaps, a fuzzy, deep bass, and drum machines that mix together to create a dark and “serious business” vibe.

“Wild Side” showcases her vocal abilities as a singer as well as her skills as a rapper. Featuring a hip hop beat mixed with an acoustic guitar loop, the ballad has a R&B flare that keeps it interesting. It’s a cute song about letting your guard down and falling hard into love, making it one of her lighter tracks.

Show Hillary Jane your support and “like” her Facebook page to see what she does next! And for more of our best new artists, click here.