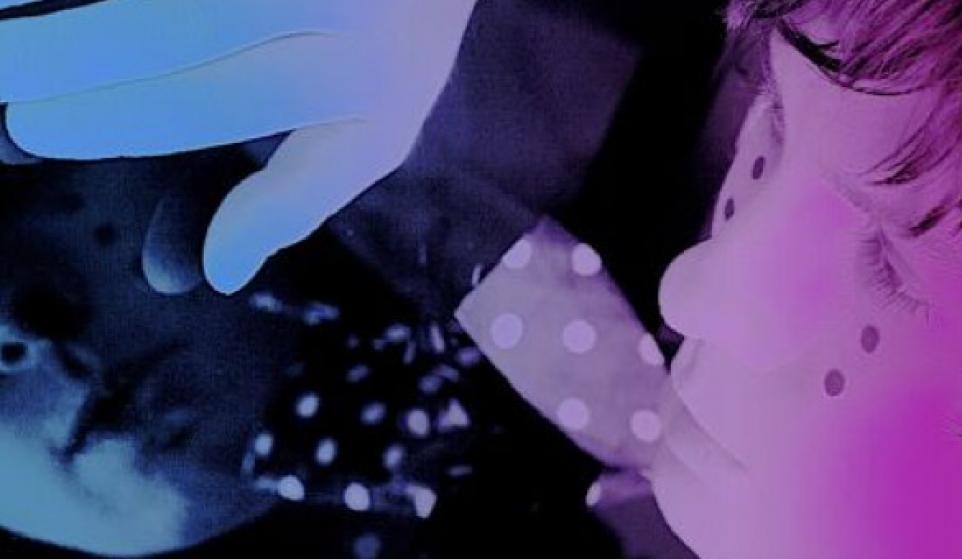 Johnny Jewel is by no means new to the music industry— He’s already a member of popular groups like Glass Candy and the Chromatics, but now the Los Angeles-based producer is making a name for himself with a number of solo musical projects. Besides already being known for his contributions to the movie Drive and Ryan Gosling’s directorial debut, Lost River, the multi-instrumentalist is busy releasing solo tracks on his very own record label called Italians Do It Better. If you’re into dreamy electropop or just simply love anything involving synths, then we highly suggest checking out Johnny Jewel.

“Digital Versicolor” is a totally awesome synth-filled 6 minutes of sheer ‘80s-sounding repetitive fun. A solid drum machine beat carries the track over pulsating synths and breathy female vocals whispering about all of the colors of the rainbow (“this is red red red red red…this is orange orange orange…”). A fantastic synth-line is introduced around the 3:15 mark that helps in breaking up the track and sounds like you’re embarking on a epic space-age journey that goes on for the remainder of its duration.

Johnny has teamed up with singer Saoirse Ronan on “Tell Me,” which is the dreamy opening track on the Lost River soundtrack. Sparkling keys that sound like opening a music box and warming atmospherics start things off before Saoirse’s silky vocals come in and whisper “tell me that you’ll kiss me forever.” As the lullaby-style track continues, swelling atmospherics help heighten the emotion and make for a simply gorgeous song that you can’t help but fall in love with.

Since I’m sure you want to hear more from Johnny Jewel, head on over to his SoundCloud page to experience more of his awesome work. And if you need even more BitCandy-approved new music to spice up your life, click here.