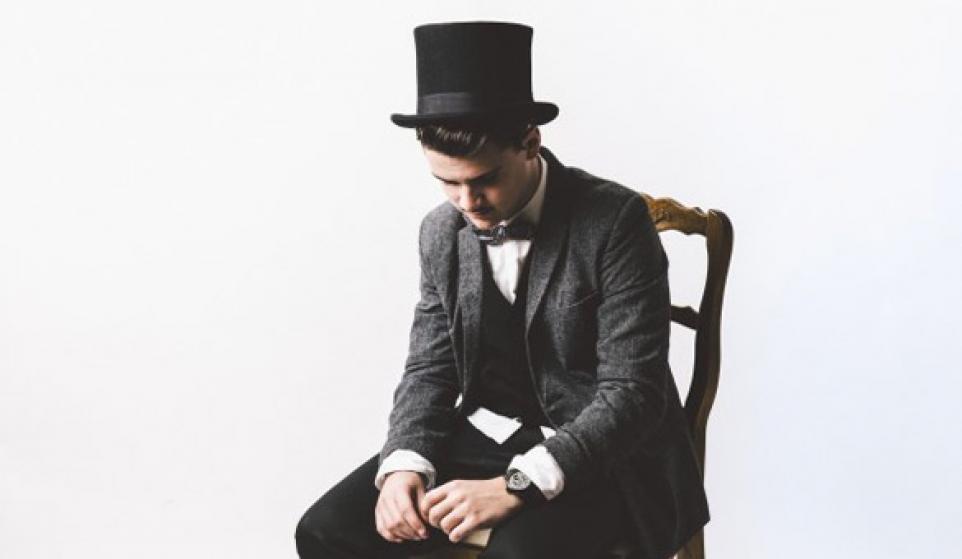 At just 17 years old Jacob Grant, better known as new artist Just A Gent, is a pop virtuoso. He has the undoable deft touch most producers spend their whole career chasing after. As one of the pioneers of a new sub genre, "love trap," Just A Gent appears primed for a major breakthrough.

It's doubtful he cares though; he seems to be having too much fun to notice.

An unassuming teenager in Year 11 of his studies (equivalency of a high school junior), Grant reportedly has employment at a local toy store in Newcastle, Australia. Whether or not he still works there, the guess here is no, it's safe to assume that he's the only clerk who's received shout outs from Skrillex, Dillon Francis, Diplo, Flume, and several other notable acts.

I don't fully remember what I was doing at 17, but I didn't have a job and whatever I was doing to express myself creatively was not being consumed by half a million people. That is to say, I can't imagine what Jacob Grant's life looks like. Nor can I imagine being as good at something as he is at making music.

With a sound combing electro house with future bass, Just A Gent has shown extraordinary diversity thus far in his young career. He initially hooked up with Wave Racer's Die High Records, then went on to sign with Islands Records down-under imprint. Who knows what happened with either of those labels, but right after Christmas Just A Gent will be releasing his debut EP, Stories To Tell, on his own Just A Label.

Just A Gent shows no signs of slowing down as he continues to gain fans with his original tunes and remixes alike. Already a sensation in his own country and in various corners of the internet, a global takeover seems imminent.

AMERICAN AUTHORS "BEST DAY OF MY LIFE"(JUST A GENT REMIX)"