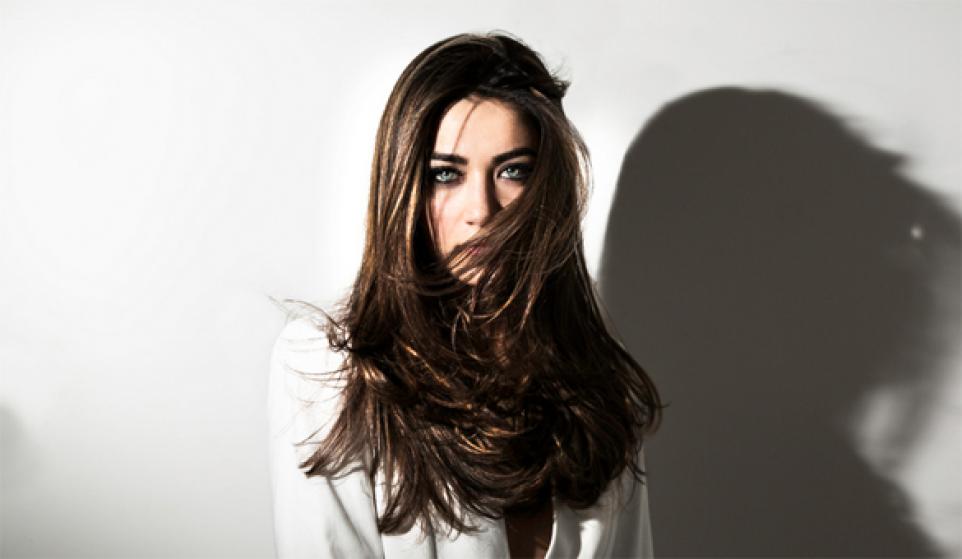 More than an actual person, King Deco seems like the sort of character a writer raised on the female archetypes of John Green and Josh Shwartz would dream up. A foreign-born feminist songwriter with a love for gold and beauty, her vocals have a mixture of angelic softness and sensuality. Her eyes are the sort of mystic blue that men tend to lose their lives staring into.

Born Dana Salah, the Jordan native now lives in New York. The songstress has a defiant courage, calling herself a king despite being a woman, a statement about her quest for strength in a male-oriented world. She makes downtempo electronica with an urgency.

Tigris, her debut EP, was released last year on Night Beach Records, the same outfit who put out Petite Meller’s first offerings. The three songs clock in at just over 12 minutes, a tidiness that shows a real purpose and identify. Sarah knows who she is, and she’s not afraid to let you know that, even if she ruffles a few feathers.

Her Middle Eastern heritage plays a role in her sound, besides just providing her with EP titles. In several interviews she has mentioned how she’s channeling Cleopatra, a nod to femininity and power, as she told Planet Notion:

“It’s more to do with her as a female figure in power. To me she got the reaction that any woman today would get after gaining some sort of power, whether it’s in the workforce or anywhere else. Drawing inspiration from her is a reminder to shut out those voices because judgement and talk is inevitable.”

The former DJ is a natural storyteller, and her featherlight voice flows effortlessly over the beats the likes of Kinetic and Felix Snow make for her.

King Deco and her ‘Decosphere’ aesthetic are on the up and up. By nature, Salah is a nocturnal creature, hence why she lives in New York. While she’s making a name for herself with haunting vocals and beats that mix together R&B, dream pop, and dance music, she wants her art to continually evolve. Complacency is death.

A Euphrates EP is expected soon to compliment Tigris. For now though the King is taking her time. She plans to be here for awhile.