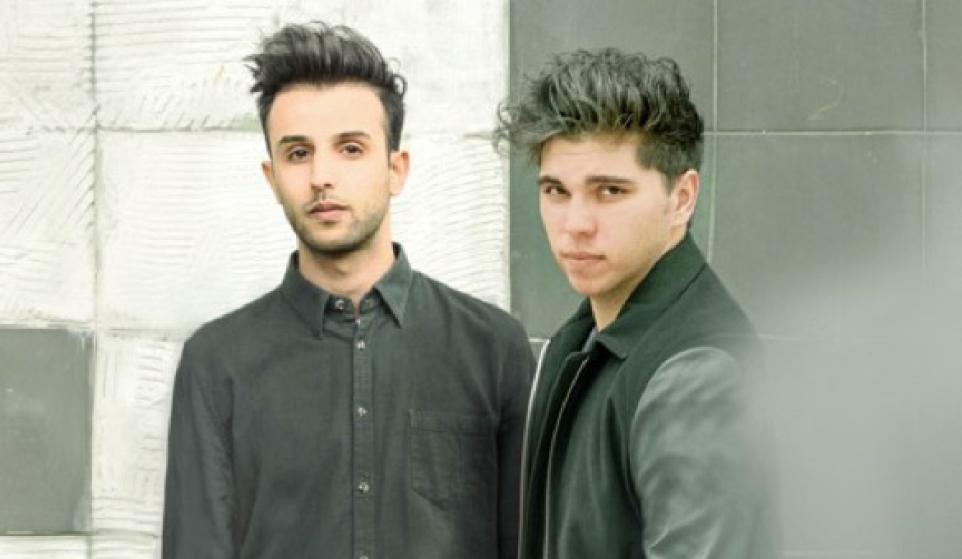 Look-- we know the world has plenty of electronic pop duos going around, but the guys in KLYNE are doing something seriously awesome. With Nick Klein providing the vocals and Ferrous Dehzad taking over the producing duties, this Netherlands-based duo has us smitten with their retro-influenced synths, moody electronics, and infectious melodies that are totally going to make them stand out this year. So get comfortable and read on because we are very excited to introduce KLYNE.

“Closer” is their latest single and its pulsating and synth-filled intro quickly sucks you in to this moody 80s’-inspired dance track. There’s a bunch of little surprises throughout this track that make it a super captivating and fresh experience— Warped-sounding electronics first make an appearance after the 1:10 mark, as distant swooshes and playful percussion work their way in. Nick’s vocals are smooth and seductive throughout the track, which adds a modern alt-pop touch. Things become stripped down for the break after about 2 minutes in, while swelling atmospherics, a snap-filled beat, and Nick’s soft echoing vocals take you back into the track’s signature synth-line. It’s a surprising and super enjoyable track that you’ll keep coming back to and you'll discover something new each time.

“Waiting” is another one of their latest offerings, and much like “Closer,” you’ll quickly find yourself grooving along to its stripped-down dark-pop sound. Snaps and thumping bass throw you in to the action, before Casio-reminiscent synths come in to carry the track to its chorus. “I’ll be waiting for your loving,” he whispers, as hypnotizing synths keep you in a trance until fuzzy lo-electronics come in after the 2:40 mark to throw in an unexpected psychedelic edge.

Be sure to show KLYNE your support on Facebook and keep up with what they’re doing next! And when you need even more great new music in your life like this, don’t forget to head on over here.