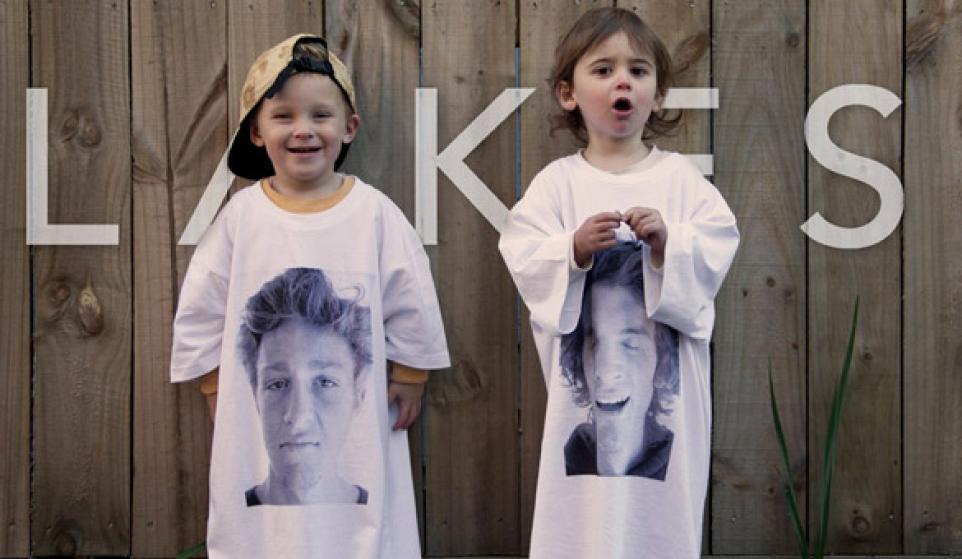 Do you ever wonder what your life might look like if you lived it the way you actually wanted? Well two kiwi bros named Liam and Toby are doing just that as new artist Lakes. Hailing from Davenport, New Zealand the pair met over drinks with mutual friends. According to legend "Lakes began on a Thursday, we wrote our first song on a Friday, and released our first album 9 months later." That album is Reflections Of The Night Before, which you can name your price for over on their bandcamp {http://lakesmusic.bandcamp.com/}.

It's pretty spectacular no matter how much you decide it's worth.

Mixing indie, chill wave, hip hop, and soul, Lakes creates a sound that's creative, innovative, and infectious as all hell. Both Liam and Toby come from musical backgrounds. Toby says the majority of his family, including his dad and brothers, have always been in bands so he's grown up around music his entire life. He started on guitar, but quickly made his way over to keys and beat production. The bulk of his music listening these days consists of hip hop, and it's readily apparent in Lakes' music. On the other hand, Liam is a highly proficient guitarist who takes his musical queues from Jimi Hendrix, although he tries to sing like Marvin Gaye. Combining their influence to near perfection, the duo has given Lakes a highly distinct sound. They can often sound like several bands at once, although their songs always feel original.

When I first heard them they reminded me of a combination of fellow Oceania bands Flume and High Highs, only with rap. Considering my infatuation with both those artists, it's no surprise I'm all in on Lakes.

LAKES "DON'T GET IT"

Perhaps what makes Lakes so unique is that fact that they're a hip hop and beats based group from an area of the world not at all known for it. To give you an idea of just how groundbreaking these guys might be, the Wikipedia page about New Zealand rap mostly talks about breakdancing, "Rapper's Delight", and graffiti. Put another check on the "Pros" side of the globalization debate, because there's no way these guys could be making music like this if they had been born say, 15-20 years earlier.

Sometimes they remind me of The Streets, only their beats are far more interesting, but it's a little jarring at first to hear people rapping in unfamiliar accents. The rapping on Reflections Of The Night Before never feels tacked on or gimmicky though, as they actually have good flow.

Liam says that "Lakes is just about doing what you want to do," which is all he and Toby are doing. If only we could all do what we wanted with our lives and be this good at it.

LAKES "THE ONLY ONE"

The wonderful sound of Lakes was brought to our attention by Curator extraordinaire, Becks. You could see your name in lights on this here website and get paid for introducing us to a great unknown band by signing up to be a Bitcandy Curator. It's free, awesome, easy, awesome, and just plain smart. So get to it already.