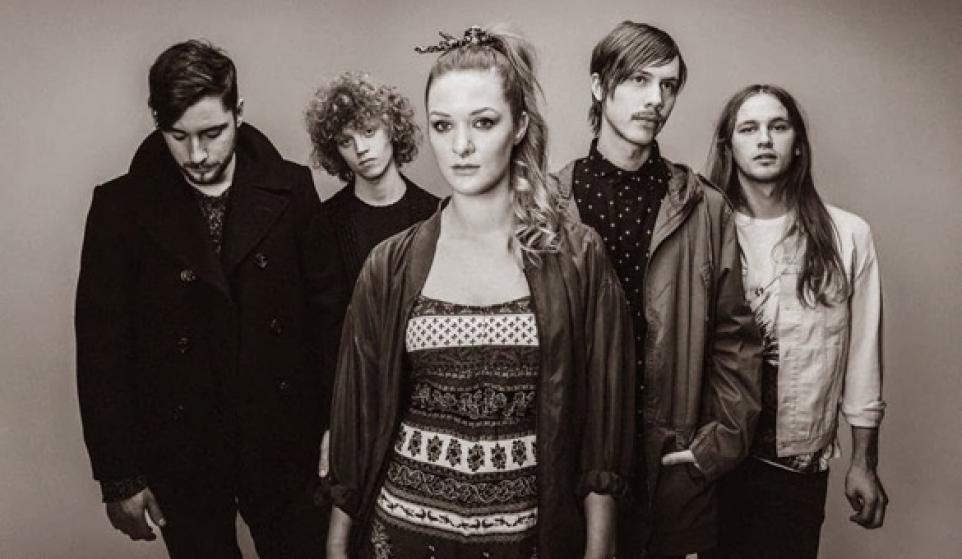 Along with meatballs and furniture, I believe that the Swedish have a certain knack when it comes to music. And while tastes may vary when it comes to meatballs and one could argue that they don’t actually make the furniture because that’s our (half-assed) job, it’s undeniable that Last Lynx is wonderfully made indie pop. Our intrepid curator Pavit B brings us a band that is full of easy going charm and clever instrumentation.

Last Lynx is from Stockholm and the six piece band, according to their publicity photos, exists entirely in black and white. Their sound has ‘60s rock/folk sensibilities but they also incorporate quite a bit of electronic instrumentation and effects. There is absolutely nothing unlikeable about these guys and gals but the magic really happens when there’s a middle ground between these two divergent styles.

“Curtains” is an interesting track because I would not use the words “dark” or “brooding” to define this band but yet here we are with a mournful little tune interspersed with digital cries and beautifully harmonized vocals telling us over and over that “everything is lost, just let go…” I would be seriously bummed out but their mastery of catchy melody ensures that the music wins out over the message.

“None of my Friends” is similarly down tempo but far less depressing of a tune. There’s a hazy, floating feel to the music and the vocals are appropriately airy and ghost like. It’s the sort of thing you’d put on in between bowls or bottles of wine, whichever makes you feel fuzziest. The song is comprised of moments of quiet smiles and warm contentedness without being overly twee and cutesy.

LAST LYNX - NONE OF MY FRIENDS

Probably my favorite song from what I’ve heard of Last Lynx is “Brother.” It’s an uptempo, toe tapping, head nodding slice of pop rock that is complimented just so by a bit of synth. It’s as harmless as pop gets but still manages to have some teeth that will break the skin and have you listening to this more than any other track. While the other stuff is good, maybe even great, the band’s strength is its charm and likeability and it’s songs like this that best convey that image. It would be like if Dr. Teeth and the Electric Mayhem started singing about overdoses and drug deals gone bad. While that may be part of their weird Muppet lives, and the music may work, you’d rather them get back to singing about sunshine and being on a bus with their pals.

Still, this bipolar swing is what makes Last Lynx such an interesting band. Their emotional range matches their ability as musicians and if they want to take me there, I don’t have much choice, I’m going. Last Lynx take that hippie vibe and modernize it with current pop appeal. I am totally lost in the music and sold on them, and absolutely not imagining them spending thousands of dollars on “vintage” clothes to make their throwback look more authentic. Once again, Pavit B demonstrates a keen ear for stuff that people will enjoy.