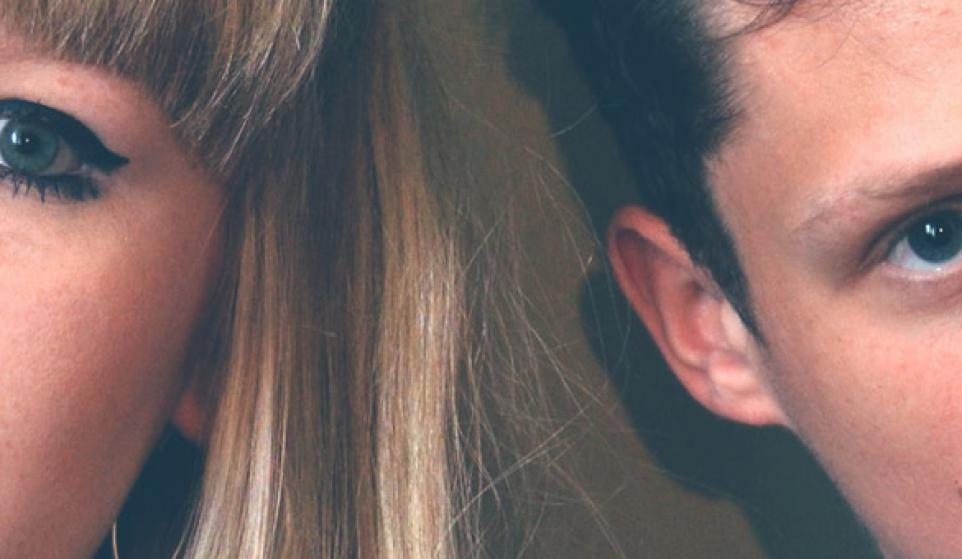 Litany are Beth and Jake, two talented 21 year olds from Harrogate, England. They say their influence (singular) is Justin Bieber. Influence, in this case, surely means that he discouraged these guys from being empty shills who can’t form a complete sentence that isn’t written by a team of songwriters. Indeed, with only two tracks under their belt, Litany speak volumes with their work. They’re downtempo but not necessarily chill. There’s an intensity to the music and pained, beautiful inflection in the vocals so we can’t rightfully mash two words together and call it “synthgaze.” What I can say is that it’s synth soul: a marriage of cold electronics and smoldering emotion.

“Look” begins on a road made familiar by Massive Attack and perhaps Portishead as well, but slowly evolves into a piece of ghostly beauty. I think it’s a bit unfair to say that twenty somethings lack emotional depth by virtue of the fact that they are young, so I hesititate to say that Beth has a “maturity” to her voice. However, I lack the exact word to describe her particular dusky, haunting style. The track is even paced and layers well until we are completely submerged in the synths and holding onto Beth’s vocals. I can’t say that I do this very often, but a part of me wanted to put this on while taking a bath in the dark. “Look” is sad in a way that does not ask for sympathy, and I think there’s a reference to The Princess Bride in the third verse. Whether that’s a commendation or not (who doesn’t like bathing or The Princess Bride?) is up to you, I guess, but I was immediately drawn into Litany.

“Slopes” has a similar supernatural style and yet Beth brings a loungy, jazzy tone to her vocals that invokes less of a desire to bathe and more of a desire to sip something strong and aged. Shortly after this inspired moment, the track begins to stutter and delay and morph into something a bit more scattered, in similar style to Burial or Flying Lotus. I think that moving forward, combining that particular kind of madness with Beth’s voice is a good way to generate more interest.

Litany have a good grasp on the kind of band they want to be and I look forward to them releasing more material so we can learn their story a bit better. I love the instrumentation, the rainy, jazzy textures and the quietly mad moments of synth trickery. Beth’s vocals don’t have any apparent weaknesses and the lyrical content of the music is satisfyingly sad without straying into woe or melodrama. The word “litany” conjures thoughts of repetition, which these two are anything but. It also conjures thoughts of churches and congregations, and I for one believe in Litany.