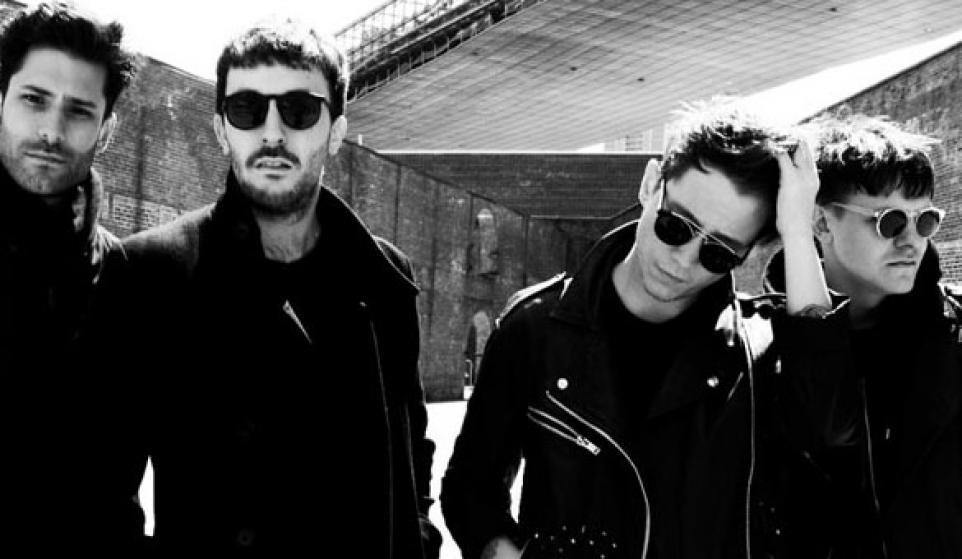 Does the band name Viva Brother ring a bell? Don’t worry, I didn’t know who they were either. But it doesn’t matter (though I suggest you google them because they did release some good stuff!) because that band is over and now some of the members are back with a new project called Lovelife. Since 2012 members Ally, Lee, Frank, and Sam have been spending time between London, Los Angeles, and New York creating some infectious pop music you don’t want to pass up. They’re already creating some major buzz by touring with Ellie Goulding and Alt-J, and have done official remixes for Lady Gaga, The Killers, and Imagine Dragons just to name a few. Their sound is truly infectious, being a blend of 80’s new wave mixed with modern electropop, which they describe as “electronic gospel” or “heartsick pop.” If you’re into bands like The Cure, Depeche Mode, or The Neighbourhood, keep on reading because these guys are right up your alley.

“Nova” is a epic electropop song featuring synths, strings, acoustic guitar, and top-notch production that makes it really shine. Lee’s vocals are big and almost remind me of the singers in dancey indie bands like The Bravery but better. The video itself is great too, as it follows a young couple on a California road trip along with their texting conversations (and yes, there are even a few emojis involved). It’s a solid pop song that could easily fit in on mainstream radio.

When I first heard “Your New Beloved,” the heartbreaking lyrics stole my attention with the lines, “All the time I think of you/ Holding onto someone new/ Don’t make me loose me mind.” And then after a while I realized that they are totally sampling Usher’s “Think Of You” from way back in 1994! (I can’t believe Usher has been around for 20 years! …1994 was 20 years ago?! Damn). Anyway, its a mixture of dark 1980’s pop (think Tears for Fears) and modern day electro-pop and I absolutely love it. Lee’s vocals are breathy and full of emotion, while the video is the same as it features a dimly lit couple falling out of love. If you’re going through a breakup, maybe put this one off for a bit. Or just suck it up and listen because it’s pretty darn good.

“Angel” is probably my favorite track of theirs, featuring drum machines and synths that are fantastically 80’s, and a chorus with a vocal melody that will not leave my head. Although it’s an upbeat and poppy song, the subject matter is kind of a bummer, being about falling out of love and having to end a relationship (I’m starting to see a trend here). It’s a solid track.

If you want more Lovelife, check out their Facebook to keep up with what they’re up to next! And for even more awesome new music, click here.