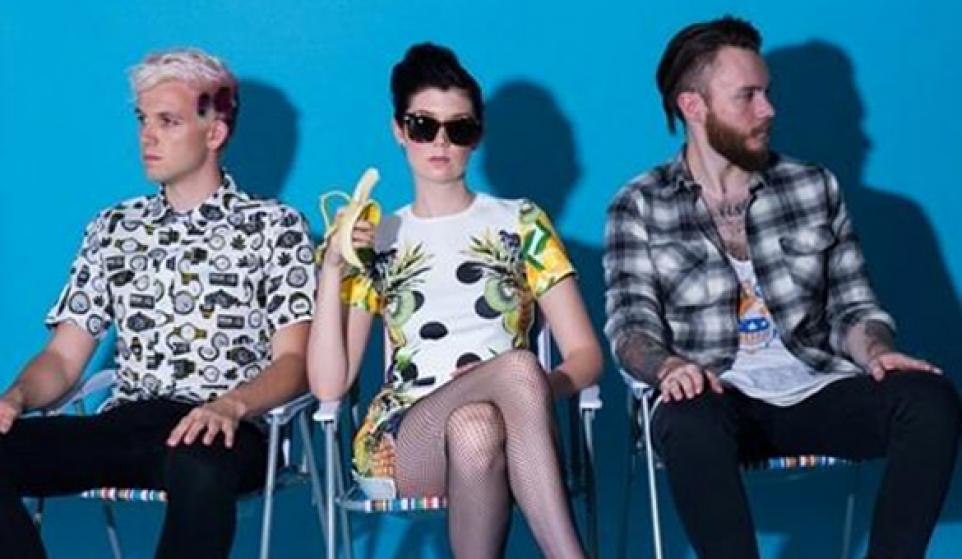 What do you call a group of futuristic pop sluts from the Planet Lovestarr? Lovestarrs, naturally. The redundantly named new artists aren't actually new though.

Rising from the ashes of failure and now sporting a foxy new wig, Lovestarrs is built on galaxy sized pop hooks that burrow their way into your very soul.

"Some things fall apart so that better things can fall together," Sarah recently told The Guardian. "Lovestarrs is testament to that. It's an evolution. To be a Lovestarr means you must always follow your heart and aim for the stars."

Keep on reaching you guys, you're almost there.

LOVESTARRS "GET YOUR SEXY ON"

Originally hailing from London and Somerset, respectably, Lovestarrs now resides in Berkshire. Mixing bumbleum and synthpop, the group has a sound that's at once catchy and unique.

At the helm of all things that make Lovestarrs is their stunning frontlady, Sarah McIntosh. Seemingly having played music since birth, Sarah started on violin before moving on to drums, all the while being involved in choir. Then, in her early teens she salvaged a Yamaha keyboard from her grandma's and taught herself how to play it. Years later she went off to college to study music, but quickly dropped out when she realized how much it interfered with her dream of playing music.

Teaming up with her brother and fellow university drop out George, Sarah started down the long road of following her dream. Regardless of what you call it, Ms. McIntosh's voice has always been at the center of this trio's sound. And while there have been several false starts along the way, this latest incarnation seems poised to go the distance.

LOVESTARRS "LIFE IS A BITCH"

It's almost impossible to hear "Life Is A Bitch" as anything but a tribute to Lily Allen. Like the best work of the British songstress, "Life Is A Bitch"  wonderfully mixes a sugary sweet tune with a bitter underbelly. Listening to the rest Lovestarrs catalog and I can't help but hear a wide range of influences ranging from La Roux, the attitude of Charli XCX, and the poppier side of Garbage. At times Sarah sounds positively like a new-wave Shirley Mason.

Lovestarrs by any other name would probably still sound like some kickass pop music. But we like this name and hope they stick around for awhile.