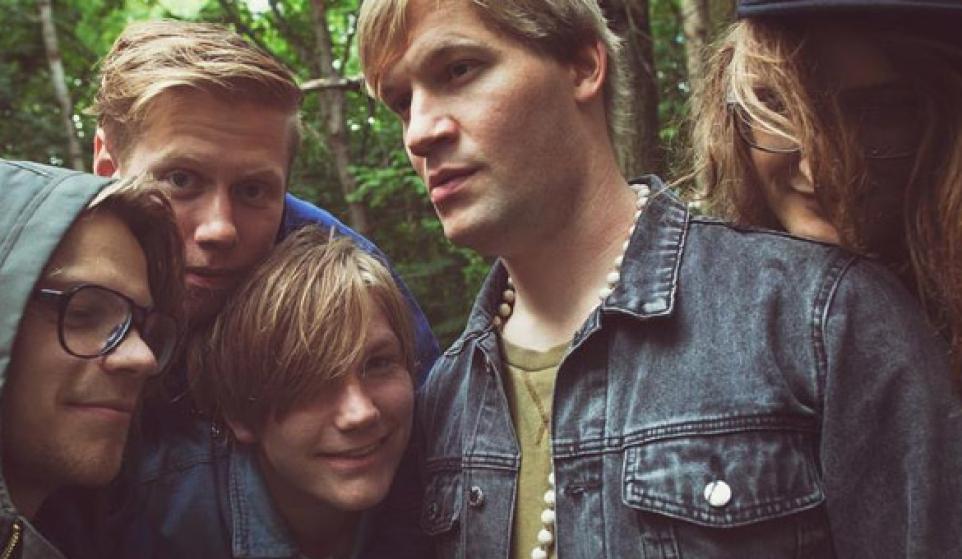 Indie-pop five piece Ludvig Moon is the perfect blend of well crafted instrumentation and epic anthem-style hooks that will grab a hold of you instantly and leave you wondering, “Arcade Fire who?”. The Osla, Norway-based band has been making music together since 2013, and have just released their self-titled debut EP via Riot Factory. If you’re into indie artists that specialize in epic tunes like Sigur Ros, Sufjan Stevens, or the Flaming Lips, then I highly suggest you read on to discover the enchanting sounds of Ludvig Moon.

“Swim Dream” serves as the perfect introduction to the band’s sound as it begins with soft percussion, soothing electronic elements, and swelling orchestral strings that makes for quite an epic debut single. After a little over 2 minutes in, the track continues to soar into a whirlwind of pounding drums and powerful gang vocals before slowing back down into the soothing string-filled heart of the track which ties it all together. It’s simply a wonderfully dreamy indie-pop track that has major replay value.

“Anywhere/Anything” is a little more poppy as it features a busy bouncy drum beat, sparkly guitar chords, and vocals a bit reminiscent of Death Cab For Cutie’s Ben Gibbard. There’s a brief breakdown at the 2:15 mark where there’s nothing but quickly picked guitar and slowly building drums, before breaking at the 2:40 mark into the group’s signature flurry of epic vocals and well-crafted instrumentation.

Since I’m sure you’ve now fallen in love with Ludvig Moon, be sure to show them your support by “liking” their Facebook page! And if you need even more BitCandy-approved new music to brighten your day, then head on over here.