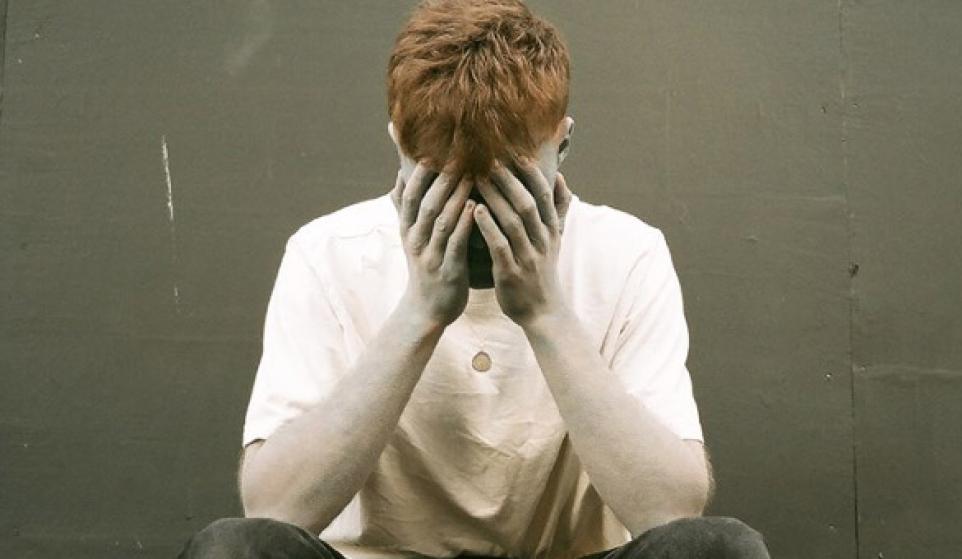 When he isn’t busy playing bass in his band Casimir, London-based new artist Jed Hampson is creating wonderfully moody soundscapes with his solo project, Midas The Cloud. So far “Can We Sleep?” is his only song available at the moment, and it’s a promising debut that is getting us excited for what he releases next! If dark and foreboding electronics and captivating vocals sound good to you, then read on to discover the haunting debut single from Midas The Cloud.

MIDAS THE CLOUD - CAN WE SLEEP

According to his Facebook profile, he describes his sound as “bad vibrations” which I suppose all starts to make sense once you first begin to listen to “Can We Sleep?”. The slow burning track gets off to a minimalistic start with melancholy bass and his chill-inducing baritone vocals that yearn for sleep and a certain someone. The intensity builds with subtle and soothing synths, extremely soft beats, and sparse but perfectly placed electronic elements that slowly make their way in to the track.

Things officially take off after the 2:30 mark as drums, beautifully menacing atmospherics, and his heart wrenching vocals build in intensity until hitting a breaking point just after the 3 minute mark. From there on you’re left with dream-inducing electronics that sound like you’re trapped under water, before they slowly begin to fade away as he sings the lines, “no matter how hard I try/ I just can’t stay awake,” making for a perfectly strong ending. It’s simply a solid and promising debut.

If you liked what you heard and want to be among the first to hear what he releases next, then be sure to like his Facebook page and show him your love and support! And in the meantime, head on over here for even more awesome BitCandy-approved new music.