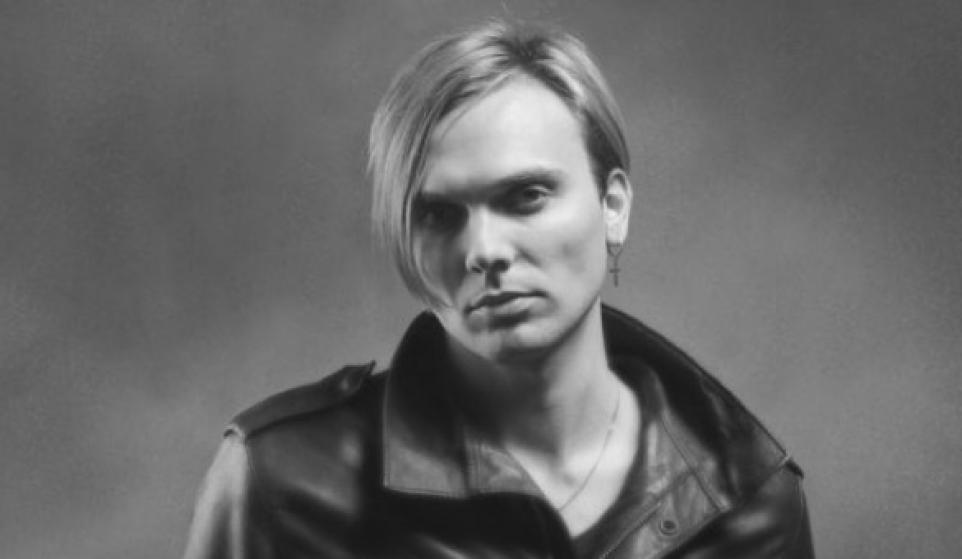 Oskar Humlebo, otherwise known as Moto Boy, is here to give you some serious chills with his emotional, epic love songs and ridiculously beautiful vocals. The 34 year old Swede says he makes “lush, romantic, pop songs” that are inspired by everything from Siouxsie Sioux, Angelo Badalamenti, to David Lynch movies, and it all makes sense once you experience his unique sound. For fans of epic pop ballads and impressive vocals that steal the spotlight, then you will totally adore what Moto Boy has to offer.

“Black Lilies” may only be composed of a single guitar lick that slowly evolves throughout the track, but the minimal instrumentation creates a great deal of emotion and heightens the overall mood. Humlebo’s vocals are simply gorgeous and silky, giving the track a kind of heavenly vibe. According to Humlebo, the song was written in various hotel rooms while touring Asia, and he says the song is about feeling “always on the way” but you “never arrive.”

Recorded in Berlin, “Heaven In A Heartbeat Come” is a melancholy song featuring soft piano playing and very subtle electronic elements that create a truly gorgeous track. Humlebo once again puts his angelic vocals on display, and as more bass gets added throughout the song’s duration, the emotion rises and it's hard not to get chills.

The first single off his latest album, Keep Your Darkness Secret, “Someday” quickly grabs your attention with its simple yet hard hitting drum beat and soaring synth-violins. Soon, magical sounding chimes and bass are added, making this one of his musically “busier” tracks. Things calm down once the vocals come in for the verse, but soar again once the chorus hits after the 1:11 mark. This is definitely one of my favorite tracks of his, as it's both intense and catchy.

If you too fell in love with everything about Moto Boy, then show him your support by “liking” his Facebook page! And if you need even more awesome, BitCandy-approved new music, then head on over here.