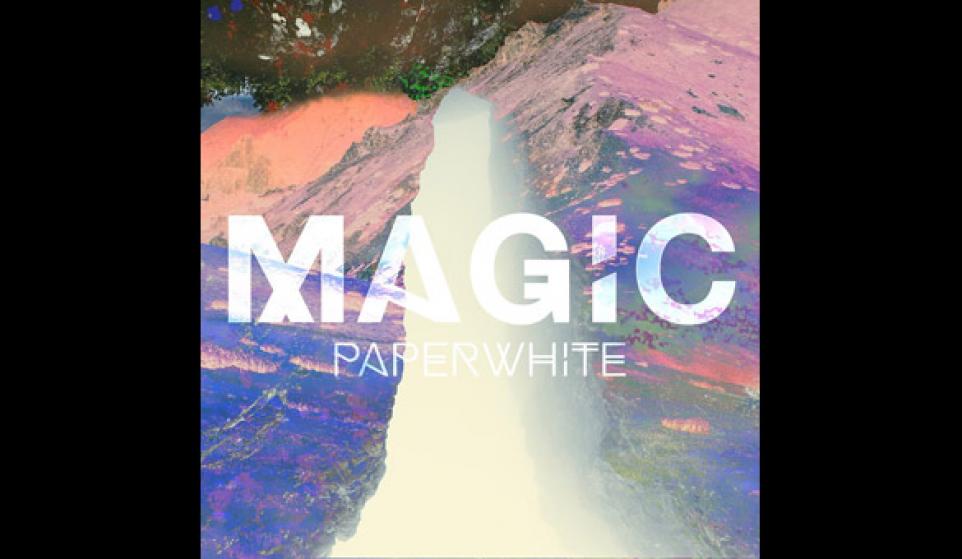 I am unsure as to whether Paperwhite’s name is a clever pun on “paperweight,” or they named themselves after the Kindle software. What I do know is that they are dressed in white in most of their photos and their sound is soft and wispy, like white laundry hanging in the breeze. I also know that I like them.

What we’ve got here sound-wise is a little M83 mixed with a lot of 80s influence; the more uplifting side of the 80s, mind you. I don’t think we’ll be seeing any big hair or cocaine-fueled party ballads from Paperwhite any time soon.

Paperwhite are a brother and sister duo based in Brooklyn (where all dream pop is born, apparently), and they are very new. They’ve released four singles on SoundCloud, the most recent of which was only posted 15 days ago, so we know they’re working. Their website has made claims of a debut EP on Duly Noted Records, but that looks more to be upcoming than currently released. In the meantime, they’re generating quite a bit of buzz with the singles already released and as new as they are, have earned a “Most Blogged” label from Hypem Magazine.

Katie and Ben Marshall are co-songwriters on all the tracks, with Katie supplying most of the lyrics and vocals and Ben handling production and all those lovely 80s-style synths. Voice-wise it’s pretty obvious that Katie has had some decent training as she is un-autotuned with a good range. She’s able to transition from flitting and dreamlike whispery vocals to really belting out a soulful chorus when Ben’s backing track comes to a crescendo. The lyrics are positive and cheery though not annoyingly so, mostly due to the transitions which will take a knee and bow to a minor key once in a while.

Their single “Take Me Back” shows Ben’s expertise in putting together a tune which is reminiscent of the 80s - you can hear a bit of Simple Minds there – but also putting a modern feel to the backing synths a’la M83. Meanwhile Katie’s vocals stay soft and subtle, a bit like Belinda Carlisle but with more soul.

PAPERWHITE - TAKE ME BACK

“Magic” is another favorite of the crew here at BitCandy, and it sees Katie stretching her vocal wings a bit more. The track starts with her recognizable pretty lilting vocal style but she ventures into more syncopation towards the middle and also deepens her voice quite a bit while bouncing all over her vocal range. The backing track is used more to frame her exquisite vocals here, with the synths providing a pretty rhythm while Katie plays with her vocals.

All the blogs apparently agree that Paperwhite is a group to be watched as their new EP is released and they build their sound, but what they’ve released so far is a great start. The tracks are clean and fun and both siblings seem to be creative with both their technique and style. It will be fun to watch as Paperwhite becomes the next dream pop heavy hitter, though their sound is far from heavy.

Paperwhite have a couple of gigs coming up in Brooklyn, but I suspect once the EP drops they will be touring quite a bit more, so check out their website for news of upcoming gigs and releases. All of their singles are available for purchase on itunes, and I definitely recommend cruising over to their SoundCloud for streaming as they also have a few fun mixes with their own extra music as well as favorite/influential songs on them. Paperweight pun or obsession with fresh laundry, I don’t really care; Paperwhite are just good, fun, dreamy pop. 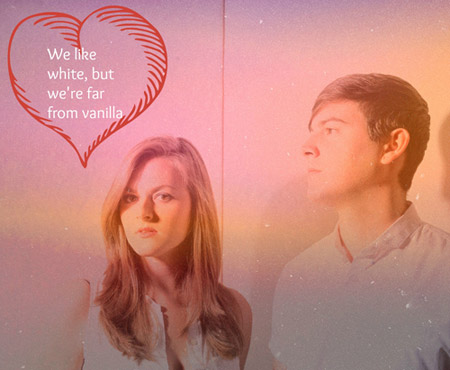