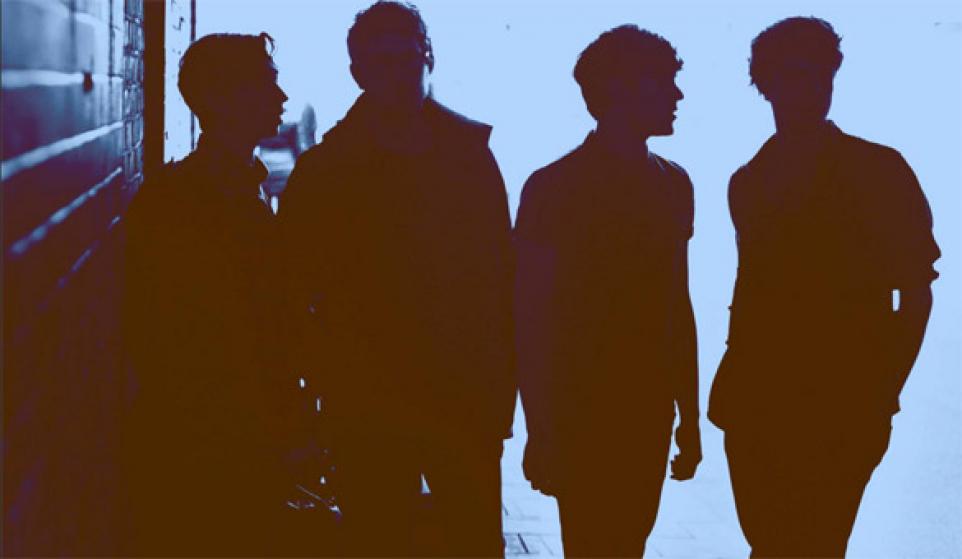 Things I learned today: emerging artist Pauma have absolutely nothing to do with the Native American tribe whose ancestral ground lies just outside of San Diego, California. What I did learn is that the London indie rock quartet has loads of talent and an extremely catchy debut EP that seems to get better with each subsequent listen. Other than that, well, there’s not a whole lot of information out there about Pauma.

Their artist profile picture is a silhouette, which while being sexy and mysterious, tells us nothing about who they are. Best I can tell the members' names have never been published. These dudes are content to let their music talk for them. And boy does it speak volumes.

Along with being unknown in an actual sense, the band is pretty infantile as far as their output is concerned too. Their debut EP, Sink or Swim, was distributed by Believe Records. As of writing though Pauma remains unsigned. This feels like a pretty viable option that a lot more bands should take moving forward. Make and record the music on your own, then let the professionals distribute it for you.

They sound like The National or The Strokes trying to do a Brit Rock record. In short, they sound like everything I’ve ever wanted from music. Pauma is also very reminiscent of the earlier Arctic Monkey’s LPs, or fellow Bitcandy favorite NO. Their songs have that wonderful, Wilco-esque combination of upbeat grooves mixed with sad as all hell lyrics. In short, these guys f**king rule.

While we may never know who Pauma is (will probably find out sooner than later, we probably haven’t heard of whomever they are before). But with briefest of offerings, they’ve peaked my interest and I’ll be sure to check out their subsequent releases.