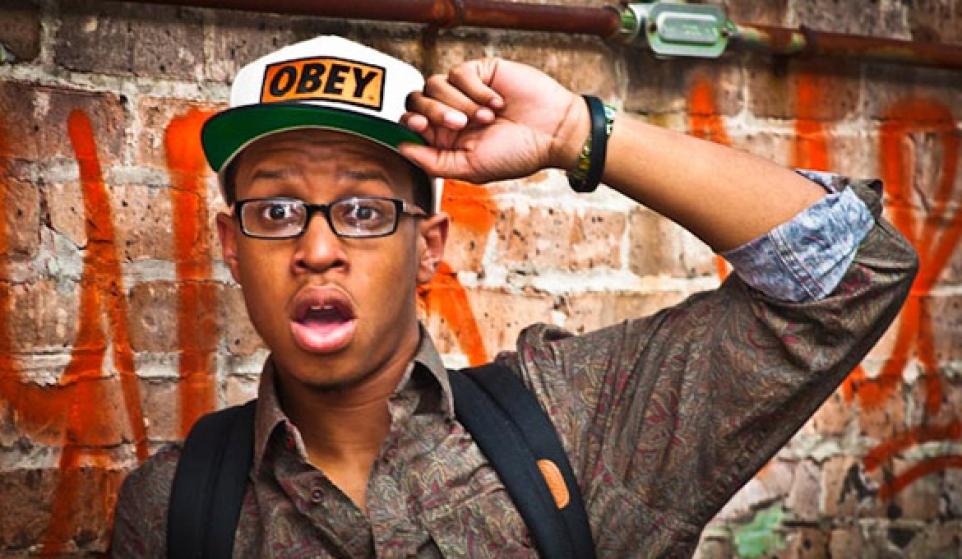 Displaced by Hurricane Katrina when he was barely a teenager, emerging artist Pell still reps for New Orleans. Born Jared Pellerin, the 22 years old now calls Starkville, Mississippi home. Part-blues singer, part-MC Pell has a sound as distinct as the city of his birth, although it's not the traditional Nawlins' sound.

While it might have something to do with his displacement, Pellerin sounds more like a Good Music emcee or West Coaster than a typical southern rapper. He started in the production side of music in high school, creating beats for his friends. As Pell he sings as well as raps, but what Pellerin ultimately is is a story-teller, and he's quite a good one.

A few years ago Jared Pellerin was attending Mississippi State University, studying finance until he made the decision to quit school to pursue his music full time. Thus far Pell has established a core fan base along the gulf coast, but has yet to have a mainstream breakthrough. The Jackson Free Press dubbed him the 'Existential Rapper', a dubious distinction in southern rap, where you can really only get away with that shit if your one of the founding members of The Dungeon Family. Pell is good, but he's not that good.

To my unprofessionally trained ear he sounds like a dialed back or less quirky Danny Brown and Rhymesayer's Johnson Barnes, a.k.a. Blu. He's got a wide range of influences, including: Kanye West, Crystal Skulls, A Tribe Called Quest, Stevie Wonder, and John Legend. Despite the wide array of artists who he admires, there's only one Pell aspires to be: himself.

"I can’t aspire to be anyone else because that puts a ceiling on how far I can take myself. Sky is the limit."

Earlier this year Pell self-released his debut, Floating While Dreaming. The LP's title comes from Pellerin's realization that in the time it takes to achieve your goals, you are floating, and was inspired by Richard Linklater's 2001 film Waking Life. Producer Ludwig Goransson, who's worked with the likes of Haim and Childish Gambino, assisted on the project. The Fader dubbed the album "dream- rap" because of its wonderful ambient souncscapes, and it's about as spot-on a description as you can get. Pellerin has said that he likes the space that ambient beats give him to express himself. What makes Pell such an intriguing artists is the various ways he can express himself. His flow is extremely versatile and his singing voice is miles ahead of most rappers who also try to be crooners.

Even though he's only in the infantile state of his career, Pell already utilizes space and silence as well as most post bands. The impressive 12 track debut is available for only $2.99 on iTunesand is well worth your time. Or you can stream it for free on Soundcloud.

Either way, just listen to it. Cause Pell is an artist you're going to want to be familiar with.