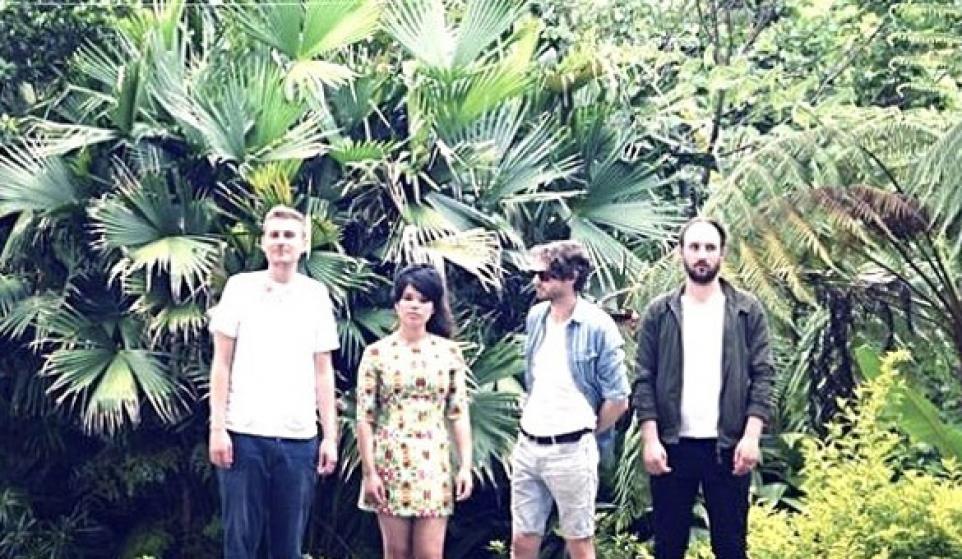 Despite being a band for over five years and putting out consistent, buzzworthy tunes for the last three, Polarsets still remains among the unsigned. As mystifying as it is that no record label has any interest in promoting the works of this four-piece pop-disco outfit from Newcastle upon Tyne, England, perhaps things are less complicated than that.

It's possible that after receiving lots of attention but little love from hit-making labels like Kitsune and Neon Gold, Polarsets decided they'd be better off going it alone, fending for themselves.

Thus far the results have been inspiring.

Back in 2009, Polarsets started out as the trio of James Rudd, Rob Howe and Mike Smith. Earlier this year Carmen Ledda Green added her vocal and keyboard talents to the mix, fleshing out and adding another dimension to this promising quartet. Despite hailing from one of the gloomiest parts of England (allegedly), Polarsets makes upbeat, summer-heavy pop gems in the vein of Naked & Famous and St. Lucia.

The indie-pop act has already experienced a good deal of success in their home region, often opening up for the biggest acts to pass through the area. This fall they self-released their long-awaited debut album Parasols, which is the perfect set of songs to keep you warm during the cold winter months. Adding a hard-hitting LP to their already stellar live resume appears to have positioned Polarsets for a huge breakthrough.

Polarsets essentially creates music to soundtrack your West Coast beach house fantasies to. They're talented, versatile, and show no signs of slowing down. With a limited online presence, the band seems to want their music to speak for them, and it does. It speaks volumes.

After a lot of false starts along the way, Polarsets are now ready to tear shit up the way only folks from Newcastle know how.

If you know of a similarly unsigned or unheralded kickass band like Polarsets, you should probably let us know. Become a Bitcandy Curator today and we'll pay you for your musical knowledge!