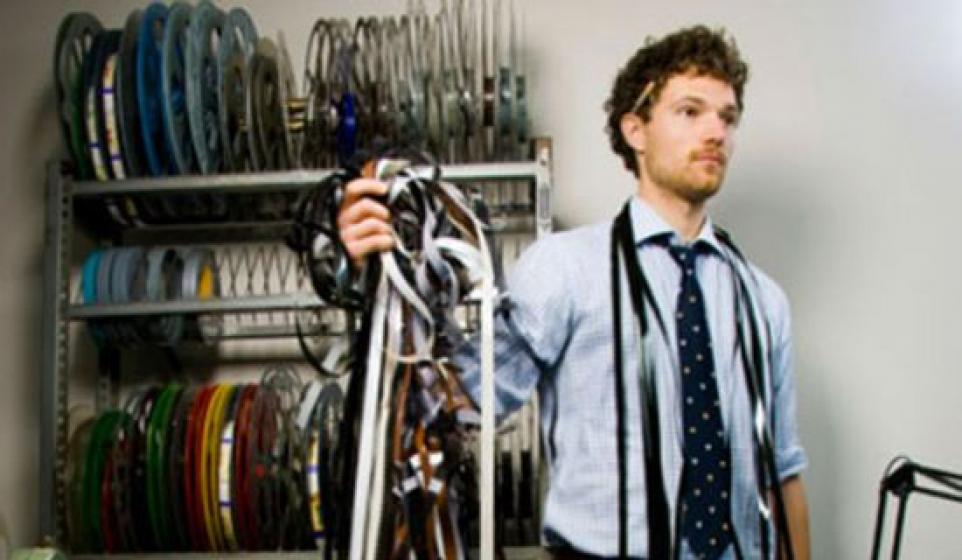 Nova Scotia averages 196 foggy days a year, and yet somehow its native-son Rich Aucoin finds away to make some of the best sun-drenched electro pop around.

Lest you think Aucoin is not a real Canadian, because how could anyone from that frozen tundra write these gorgeous, summery songs?, here he is discussing his country's pastime in primetime.

Now that we've verified that Aucoin is an authentic Canadian, let's get back to his music. There's certainly an indie slant to it, but this is pretty straight forward pop. Straight forward, except for the fact that it's blanketed in heavy, off-kilter electronica beeps and bops. Yet at the core of it all is pop, driven by hooks so sweet they're liable to give you a canker sore (h/t Rick Riely.)

And as if his music wasn't enough of a reason to like Aucoin, he also happens to be a genuinely great human being. After his debut EP, Personal Publication (which allegedly syncs up with Dr. Seuss' classic How the Grinch Stole Christmas) came out in 2007, he toured Canada via bike to raise money for Childhood Cancer Canada. He has also donated proceeds from his tours to the Canadian Cancer Society.

In fairness, these deeds alone do not make Aucoin a good person. He could, hypothetically, be a huge asshole. It's possible he only does these things to make himself feel better, or to project some faux-humility to press and fans alike, or he could simply have done so that he would have something impressive to say to girls at bars.

But given how great his music is, we're willing to give him the benefit of the doubt.

Aucoin's full-length debut, the cleverly titled "We're All Dying to Live," was a celebration of collaboration, as it featured over 500 musicians and fans from across. It's also really, really good.

I have no idea where Rich will go from here (well technically I know that he's currently touring in France), but I suspect he'll continue to make great music while being an altruistic dude.

Whatever is next, I can't wait to find out.