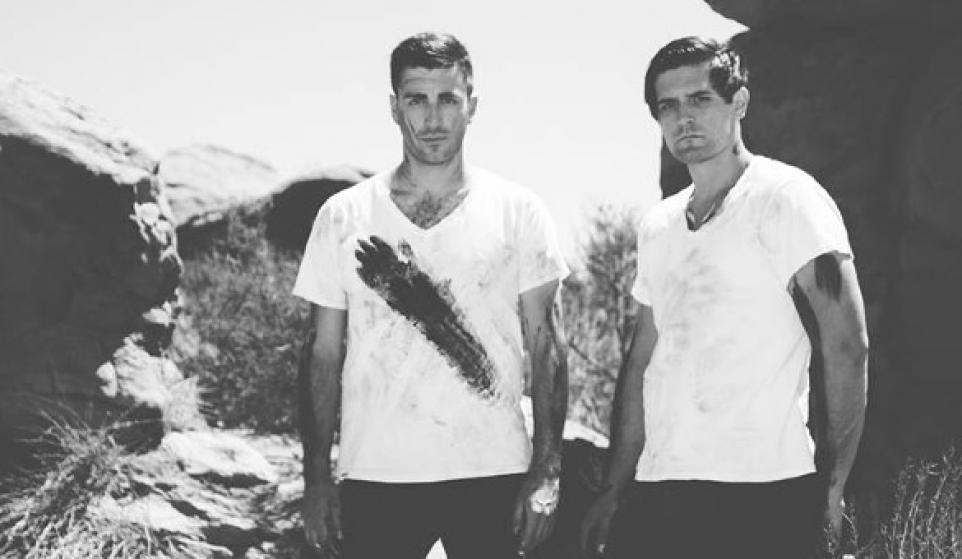 After writing and producing for other artists, New Yorkers Aaron Bonus and Justin Gammella have finally started making original music under the name, Royal Tongues. Although they’ve only been together for a matter of months, it's already pretty clear that these guys are going to be the next big thing on alt-radio. Their debut single, “The Balance,” may currently be the only track to their name, but it's total indie-pop gold. For fans of catchy bands like Grouplove, Foster The People, or Passion Pit, there is no doubt that you will fall hard for Royal Tongues’ sound.

Featuring lots of synths, claps, and a blend of drums and electronic elements, “The Balance” has all of the elements needed for a catchy, totally infectious, indie-pop hit. The chorus will stick in your head instantly and will have you clicking “play” again in no time. I have a strong feeling that it's only a matter of time before it pops up in an Apple commercial, making it likely that these guys could go the route of a band like Grouplove (which totally isn't a bad thing). If we’ve learned anything from the synth duo’s debut, it's that they totally have a knack for creating some seriously catchy hooks that are impossible not to love.

You know these guys are already on their way to big things since fellow New Yorker’s, Ra Ra Riot, have remixed their catchy debut. They totally give the track a whole new vibe, by slowing things down a bit to a simple electronic beat made up mostly of echoey claps. The thing that stuck out the most to me was the addition of an adorably retro, video game-sounding synth that carries the song throughout its duration. They get a little more “8-bit” during the break down around the 2:20 mark, with the addition of more synths and sparkling electronic elements. I really can’t decide if I like the original or remix more, which isn’t a problem since it gives you another way to experience their debut single.

Now that “The Balance” will be stuck in your head for the rest of the week, show them some love and support by “liking” their Facebook page! And if you need even more new music as you wait for Royal Tongues to release new material, then head on over here for some BitCandy-approved new music.