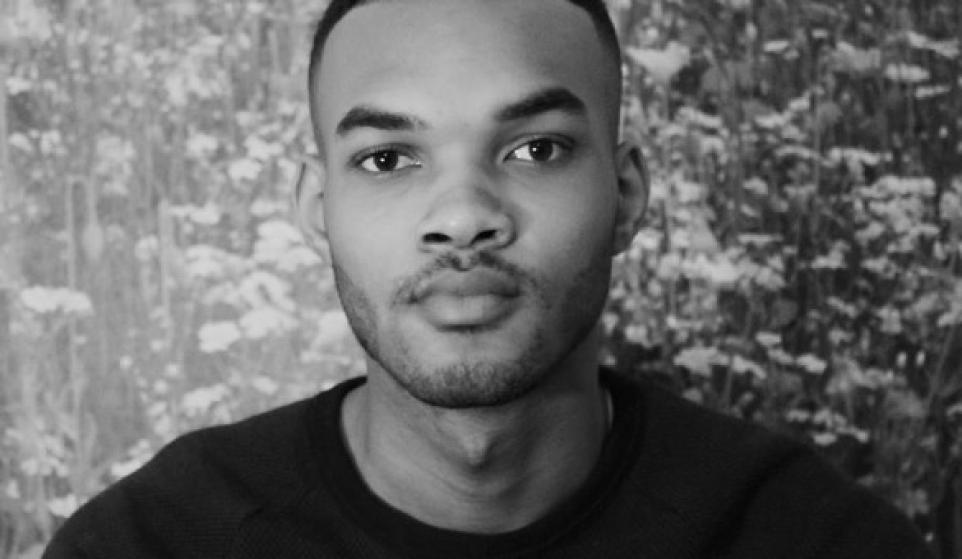 Sometimes new artists are so “new” that there really isn’t any information out there and you just have to let their music speak for itself. (Well, actually I guess I’m speaking for it…eh, you know what I mean.) Meet Ryan Ashley—the mysterious 19 year old singer-songwriter who’s stirring up lots of buzz with his beautiful and haunting R&B debut, “Hands.” Although he may only have one track to his name, it’s clear that the London-based crooner has a lot to offer with his soulful vocals, intricate electronic production, and thumping beats that put an awesomely dark and fresh take on the electronic-soul genre. If you’re a fan of cutting edge R&B artists like The Weeknd or Frank Ocean, then Ryan Ashley is one new artist you’ll certainly want to keep up with.

Beginning with the old 56K dial-up noise from the AOL glory days (love it!), “Hands” will entice you from the moment you press play. Ashley eases you in with his breathy and sensual vocals, thumping beat, and melancholy piano notes that set the tone for the rest of the song’s duration. As the track continues, perfectly placed orchestral strings are introduced that slowly swell in and out along with dark atmospherics that pull the entire thing together. I love the transition that happens just after three minutes in, where you’re slowly pushed to the ending with nothing but his soothing “ah-ah-ahs” and a haunting beat reminiscent of a heartbeat, which creates a truly powerful and memorable ending. After experiencing “Hands,” I think it’s safe to say that this guy has a lot more to offer and we’ll be hearing more from him soon.

Since I’m sure you liked what you heard, be sure to show him your love and support by “liking” his Facebook page and letting him know that we can’t wait to hear what he releases next! And if you need more BitCandy-approved new music in the meantime, then head on over here.