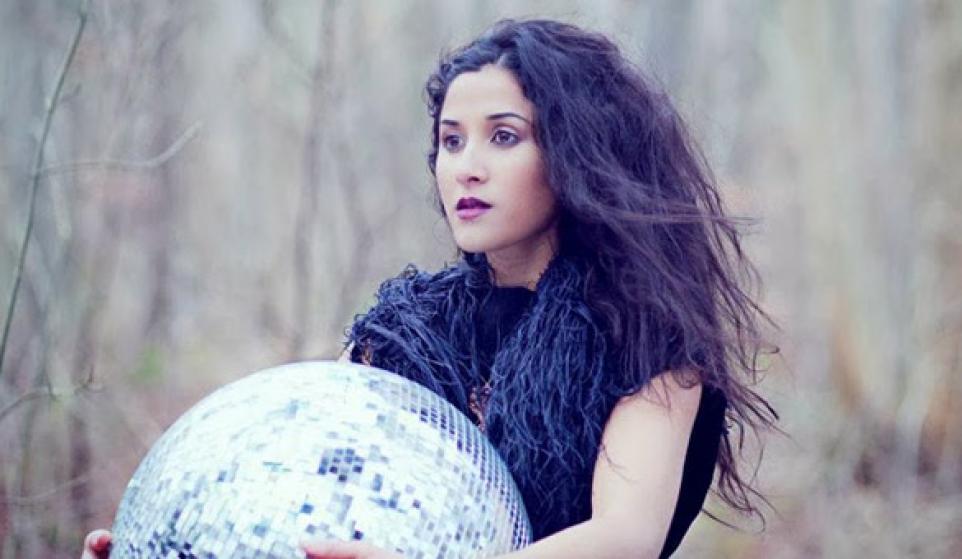 A petite brunette with model-esque good looks and a thundering set of pipes, 22 year old Veiga Sanchez could have been the next big pop diva. Instead she chose the brooding name Salt Ashes and decided to take the road less traveled by.

With a heaping of dark synths to match her cryptic moniker, Sanchez has a unique sound that early press clippings claim is "Kylie meets Kate Bush."

If you're not on board with that, you probably hate yourself and you need to get the eff out of here with your negative vibes.

Sanchez was probably that teenage girls whose parents worried she was a little too into spending time alone. She almost certainly dabbled in goth culture in her youth. She currently sports a self-described "obsession" with Giorgio Moroder's blend of disco and epic dark atmospheres. You don't have to strain to hear the influence in her music. In fact, it seems like you'd have to be intentionally trying to avoid it to miss it.

As Salt Ashes, Sanchez submitted her paperwork to be the princess of dark pop from the onset, with a stunning cover of Depeche Mode's gloomy classic "Black Celebration." Electronica nerds the world round hailed her version, which also served noticed to everyone else that Salt Ashes is a force to be reckoned with.

Like countless artists before her, Sanchez had a few false starts and misdirections before finding an aesthetic that suits her. According to Pop Justice, she first appeared in 2011 with a song called "Edge of the Heart," which has since been scrubbed from the internet entirely. Those who claim to have heard the song claim it was excellent, but far more of a pop song than the current incarnation of Salt Ashes.

While I'd like to hear everything Sanchez does, I enjoy the Salt Ashes' present output enough that I'll happily pretend this song never existed.

SALT ASHES "IF YOU LET ME GO"

While Salt Ashes has a distinct sound, Sanchez draws her influences from a vide variety of artists like Madonna, Kate Bush, Daft Punk and MIA. She blends it all together with her own unique vocals and song writing talent to create music that's gaining fans in her hometown of Brighton and across the pond.

Personally I think Salt Ashes is "Kylie meets a less Scandinavian Lykke Li," but regardless of what you want to call it, her music is more than worth listening to.