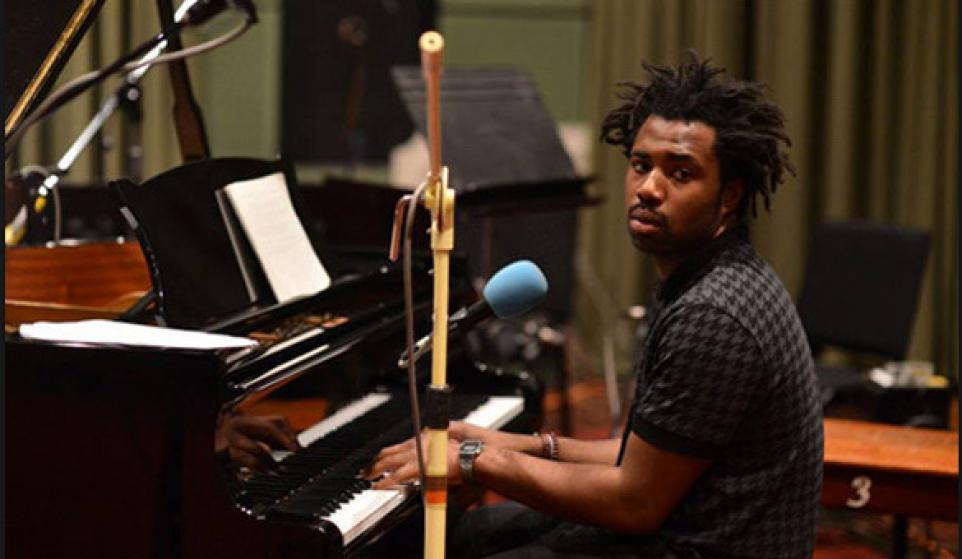 Sampha Sisay was born and raised in South London, the youngest of five children. He started his musical journey early on. His father was the defining influence in his life, buying him CDs on his way from work every week. Expanding his musical palette at a young age, his father would get him Spice World one week, and the collective works of Malian singer Oumou Sangaré the next. The latter left a lasting impression on the young lad and influenced his musical aesthetics and vocal stylings to this day. When the neighbors moved away, his dad bought their piano for him. In his teen years he started producing.

Always the shy and introverted type, Sampha is just starting to show the world what he can do.

Sampha started to get serious about his music in 2009. He had a handful of original beats, but couldn’t get any MCs to rhyme over them. That changed the next year with his remix of The xx’s “Basic Space.” The tripped-out, slowmo production put him on a lot of people’s radar. Since then he’s seen his stocks and credits rise, collaborating with artists like Drake, SBTRKT, Jesse Ware, Soloange Knowles, among others.

His solo work is what really stands out though. Singing about deeply personal subject matter, Sisay has found that a surprising number of people can relate to what he’s saying. It helps when you say it as beautifully as he does.

So far Sampha has two EPs and a handful of features as singer, keyboardist, and producer to his name. There’s an intimacy and an urgency to his singing voice. It draws you in and makes you focus on what is actually being said. He highlights this on his solo work by doing stripped-down, piano-driven R&B ballads.

He’s come a long way since no one wanted to rap over his beats. Now he’s got enough currency that he can work with just about whomever he wants. Based on his output this far, his collaborators are the ones who should feel greatly.