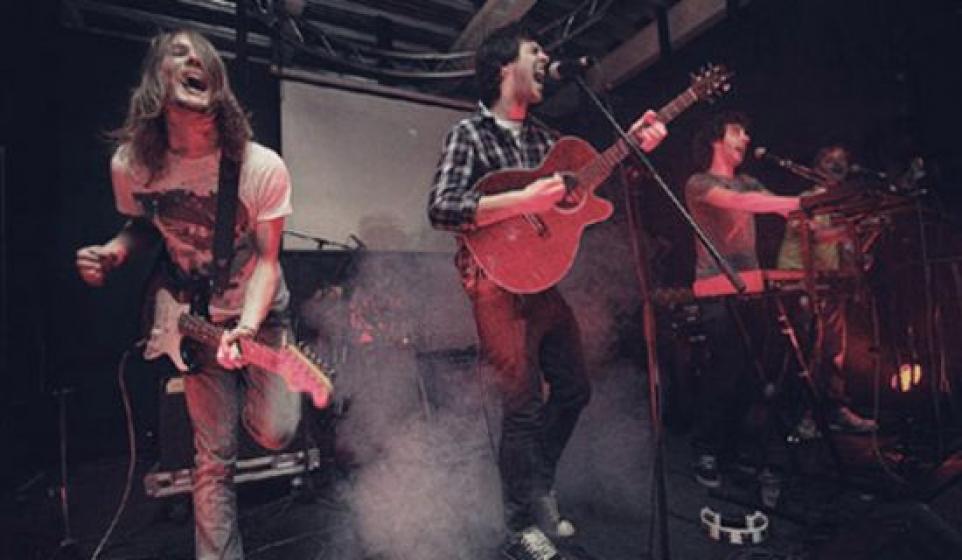 Discovered by Curator Pavit.  I feel like I have lived this song before. It's all about those reckless, overblown nights you regret but inevitably repeat. Nights of tilting back the bourbon bottle too many times. Nights that lead to waking up drooling on your pillow with your underwear off and your shirt still on, and slowly rolling over to the dime-piece turned she-beast occupying the other side of your bed.

Don't you try and lie to me, we've all been there.

Hailing from Johannesburg, South Africa indie afro-pop group Shortstraw manages to capture all of the titillating, hazy excitement of the twenty-something sexual misadventure with their song, "Good Morning, Sunshine." From the band's second album this baudy, raucous ode to the regretful repeat hookup showcases a catchy hook and a hard driving, carefree chorus that's an insistent warning not to forget (again) what she's like the morning after.

Take a break from making those sweet, sweet mistakes and check out this video.

Shortstraw makes fun, honest music. They make naked music with a thin veneer of optimistic pop that covers the song's harsh realities like deftly applied makeup. I see the kind of truthful tune that I can relate to. Sordid little lines like, "And when you wake up/ It's scary waking up next to your morning face," aren't exactly poetry, but ring true because I've been there before. It's catchy, it's honest, and it's relatable, and that's what pop music should be. Currently touring South Africa, hopefully we'll be seeing these sub-saharan sensations stateside sometime soon along with some more great new artists.