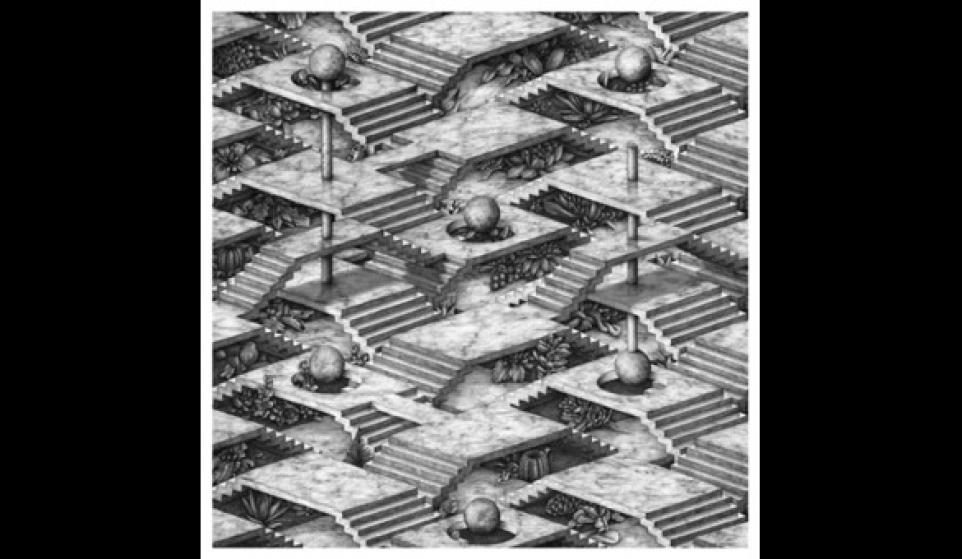 Well, if there was any doubt that house and techno couldn’t be diverse and sound a bit samey (most of the doubt was right here with yours truly), Something a la Mode have squashed it, both in style and substance. The duo of French producers, who luckily for the music writers of the world go by SALM most of the time, run the gamut of ambient dream pop all the way to gut-busting techno. In true French style, Yannick and Thomas (no last names listed) are attempting to show all sides of human existence, both dark and light, and generally they raise more questions than they answer.

Not to harp on the French thing too much, but what I like about French music and film is exactly that questioning. Nothing has to be wrapped up in a nice little package, and indeed by that token many of SALM’s songs end abruptly. It must be a nightmare for club djs who try to mix these highly danceable tracks of SALM’s, because God forbid they might actually have to match a beat. Likewise, when the tracks have lyrics, they tend to trail off or end mid-chorus, which to me signifies the idea of the unfinished symphony, the life not fully lived, the very frigging French way of looking at things which tinges their art and makes me like the Froggies despite my best efforts to be annoyed by them.

SALM have a substantial discography already, which means we at BitCandy are a bit late to the party on this one and this is more of a running-into-the-Caribbean-and-calling-it-India kind of discovery, and not technically a New Artist discovery. The U.S. is consistently late to the party when it comes to dance music, and so we’re looking at about five years’ worth of singles and albums here already, and I don’t even know how many videos.

SALM’s videos are another story altogether, as they conscript major film directors and CG artists to create them, and just like their music they run the spectrum. Two tracks and videos which exemplify how SALM can really switch it up are their newest single, “On My Mind” and the very popular “Prophet 21.” “On My Mind” is very pretty and ambient, but also has a club house beat with interstitial dubstep for flava! The melody oversample is very classic happy euro house but the modern beat pairs well with it, and lovely male and female vocals by DWNTWN to cinch up the ambient feel.

“Prophet 21,” on the other hand, has a dark and grinding techno beat which I’m not even sure I can properly describe, but it’s really cool and interesting and drives the whole track. Somewhat classical-sounding keys are played over the beat and there are a lot of interludes with quiet building back to this almost disturbing beat. “Prophet 21” also has wisps of dubstep, but more as part of the amen.

SOMETHING A LA MODE - ON MY MIND

When you listen to “On My Mind” and “Prophet 21,” unless you know your rave music very well it honestly would be hard to tell that they were by the same duo of producers. These are two examples but SALM’s stuff runs the gamut of everything in between. Similarly with the videos, “On My Mind” is almost all CGI and was created by French design studios Les Gentiles Garcons. It has a kind of “The Lord of the Rings walks into a bar with a romantic movie and MC Escher” feel to it, if that’s a thing. Again a blending of influences takes place right inside of one video, so it seems SALM tapped the right people for this video.

SOMETHING A LA MODE - PROPHET 21

On the other side of the spectrum, the video for “Prophet 21” looks more like and even more disturbing and creepy “Smack My Bitch Up,” with a very Frenchy shock movie director at the helm, Edgar Marie. I won’t give away the plot twist, but basically it follows a creepy psychopath around Paris doing psychopath things and underlines the frenetic beats and production structure of “Prophet 21.”  The audio of the action is played over the track as the video runs its story, giving it more of a short film feel than anything. Disturbing? Yes. Powerful? Yes. French? Oui.

SALM are pretty firmly rooted in the European dance scene, putting out dance tracks, it seems, for every mood and genre. They seem to have a preternatural understanding of how to blend the best of old rave style with new EDM, and the answer is sparingly on the EDM side, which does my old ravey heart proud. Their vast gallery of singles is available on their Soundcloud page, including their newest EP, Endless Stairs. Their previous singles are available for sale on their official website, and a new single is due to be released on the site on November 25. 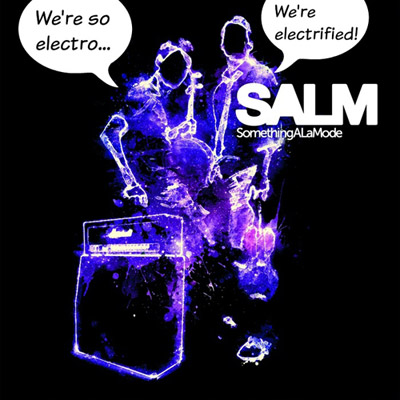