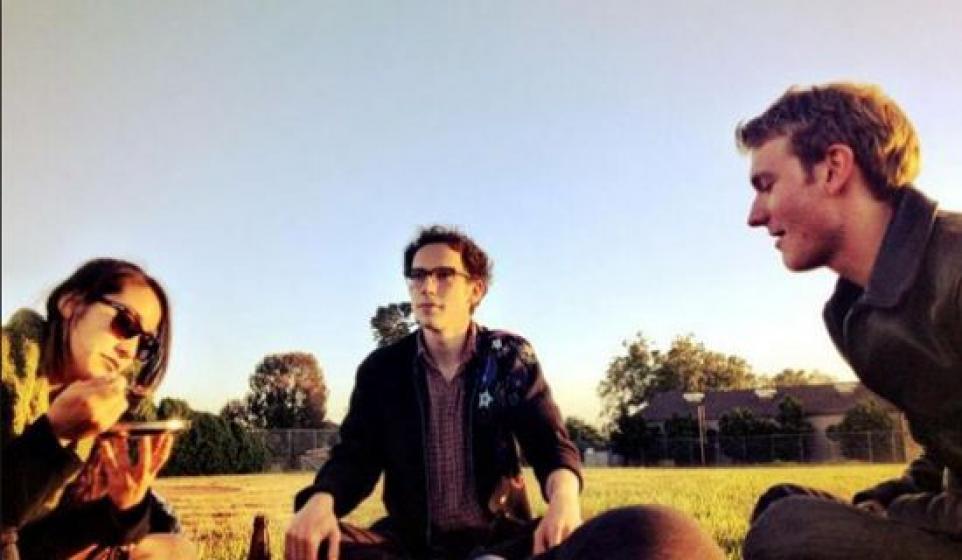 Fourteen months ago while visiting San Francisco, a local bummed a cigarette and a conversation from me. She explained to me that as the city became gentrified, all of the cultural-melting-pot-art that it was known for started to move across the Bay. She didn't say that Oakland was the new San Francisco, artistically speaking, but she inferred it.

So while a few decades ago a genre-bending crew like Trails and Ways would have made a name for themselves in The City by the Bay, because of the soaring prices of real estate they now rep the other City by the Bay.

In reality though, it doesn't really matter where Trail and Ways is from. Their music defies classification and borders. While it has an indie and dream pop slant, this is certainly a wordily affair.

As legend has it, the four extremely talented members of Trails and Ways (Keith Brower Brown, Hannah Van Loon, Emma Oppen, and Ian Quirk) jet set from Brazil to Spain and fell deeply in love with bossonova and other Latin and Caribbean inspired dance music. They dreamt of returning to the states and marrying this newfound sound with lush, synth-based dream pop, and the harmonies of American-folk.

The end result is music sounds similar to about 20 other bands you know, and at the same time like nothing else.

While most bands would get bogged down by all these potential gimmicks, tropical synths, afro-pop drums, etc., Trails and Ways embrace it. Instead of sounding tacked on, these various elements add layers to terrific on their own songs. "MTN TUNE," for example, could conceivably be on a Fleet Foxes or Of Monsters and Men record, only TAW (as I can almost guarantee no one is calling them) gives an original twist when they do folk.

Trails' full-length debut, Trilingual, is due out this year, despite the lack of a release date or label. The band has assured its fans of that. Trilingual has become a bit of "Chinese Democracy" in a certain sect of the blogoshpere, so you may not want to hold your breath. All we know is that eventually Trilingual will be released and Trails and Ways will go on to conquer the world.

Well, that probably won't happen (although Trilingual totally will be released… Maybe). And where an eclectic band like Trails goes from there is literally impossible to determine. But much like the city which they call home, it'll be to their own beat.