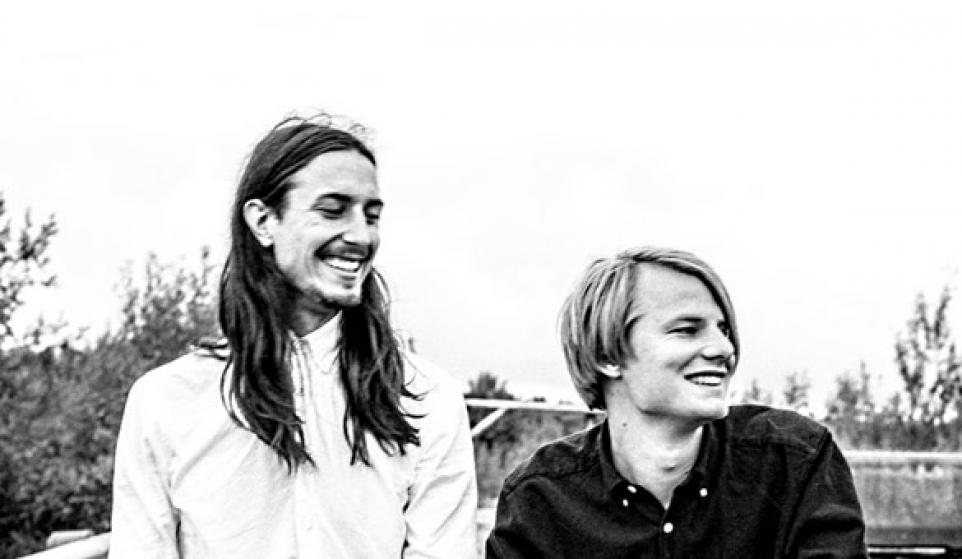 What's actually in a name? They seem at once useless and the only thing keeping you tethered to this Earth. For emerging artist Vita Bergen, their name recalls a literal geographical location, but also works as an illustration for the music they create.

Vita Bergen literally translates to mean "The White Mountains," although it also refers to a mountainous park district in the duos hometown of Gothenburg, Sweden. William Hellström and Robert Jallinder have been making music together for a little over three years now under this moniker. The name Vita Bergen was conceived of by William as a symbol of the many barren islands of the southern Gothenburg archipelago that can be seen from a hilltop behind his childhood home. To Robert it represents a snowy dream and something he once heard in a funeral speech.

To me the name initially sounded like a makeup company or an energy drink. But now that I know what it actually means it seems like a great description for the shimmering pop gems these guys churn out.

Despite hailing from and still living in Scandinavia, Vita Bergen have a very western sound. In fact, they have a very Canadian sound. They borrow heavily from Funeral-era Arcade Fire, which gives them something in common with every rock band since 2003. The hook on "Curtains" in particular has a stunning resemblance to the outro of "Wake Up." They'e also stated on a few occasions that Canucks like Wolf Parade, Neil Young, and Leonard Cohen have had a major impact on their musical development. According to the band, Wolf Parade's "Dinner Bells" was their 'if-we-had-a-band-we-would-try-to-sound-like-that'-song for the longest time.

Vita Bergen recently signed to the indie label Telegram Studios, despite being courted by just about every label in their native Sweden and surrounding areas. In October of this year they released their self-titled debut, a five-song EP they insist on calling a 'mini-album.'

What sets Vita Bergen apart from other indie/folk/psych/electro-pop acts is their live shows. Already famous (even infamous) in some parts of Sweden, the duo transforms into an 8-piece, universe-devouring live band. These action packed performances have become the band's calling card, although now they've got some shit on tape to back it up.

Not to sound like a Gavin Degraw song, but this really seems like the start of something good. Don't you agree? Special thanks to Becks for letting us know about this wondrous group. If you'd like to be more like Becks, and you really should, become a Bitcandy Curator today and get paid for your esoteric knowledge of unknown bands.