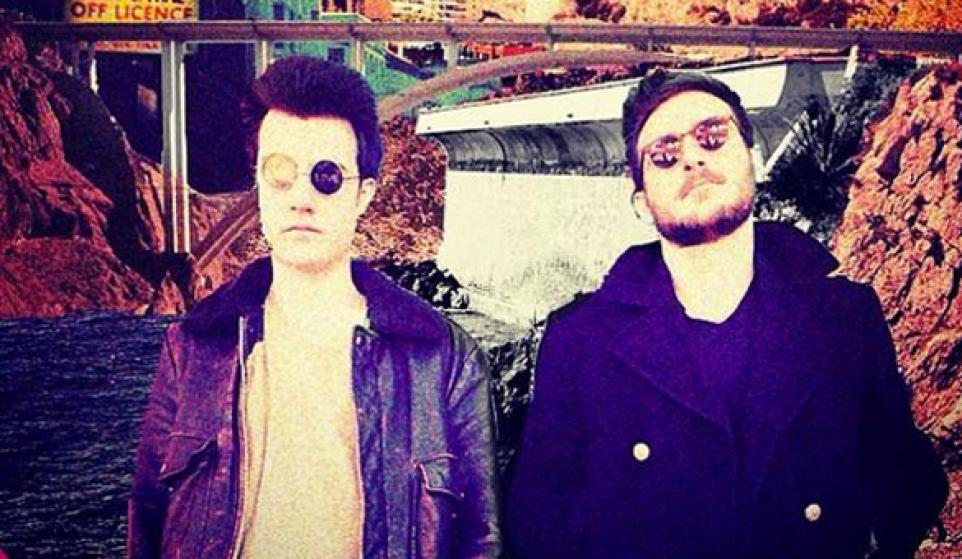 What do you if you're the son of a legendary musician? Apparently you start bands with the kids of other legendary musicians. Hailing from "London and Los Angeles," new artist XING is comprised of Jack Moore, son of Thin Lizzy’s Jack Moore; also involved is Dhani Harrison, George's only child. Fun fact: Dhani is named after the 6th and 7th notes of the Indian music scale and was involved in the production of The Beatles: Rock Band video game. Allegedly there's some dude named AR Smith who's also in the band, only he has no famous relatives.

(Sadly this XING appears to be of no relation to the K Pop boy band.)

XING packs one helluva a pedigree, but they don't have any intention of resting on their famous parents' laurels. They've got their own brand of lush beach pop to try to sell you, and it's pretty damned good.

While I love this sentiment, let's take a second to examine it in context. Your dad was the frontman of Thin Lizzy. How exactly did Fate deliver you into a situation in which you had to take matters into your own hands? Yet I digress.

There's very little information about XING available. They appear to be letting their music speak for itself, and it does speak volumes. What little we do know is that an EP is supposed to be out by the end of this year. The lack of info is mystifying. Beyond their famous parents, these guys have a sound that could be huge.

Why so quiet on the PR front?

I was raised to never assume, but I'm afraid the gentleman behind XING leave me with few other choices. The guess here is these cats have something big planned for the actual release, hence why they currently have two great songs available for mass consumption but remain primarily unknown. I'd also wager there's a Postal Service thingy at work here, or at least that's what "London and Los Angeles" leads me to believe.

As for the rest, I guess we'll just have to wait to find out. In the meantime, let's enjoy the music.