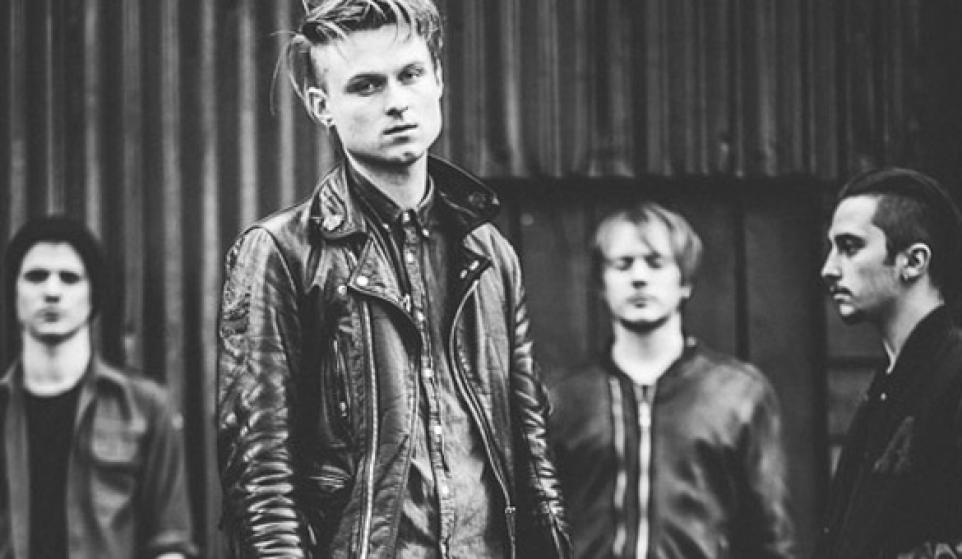 If you love stylish looking dudes who only wear black and play wonderfully moody synth-pop (hey, it’s a proven formula that works), then London-based new band Zibra is right up your alley. The guys are currently promoting their brand new album, EP1000, which is a blend of ‘80s synth-rock, industrial, and even a bit of disco (or as they call it, “glitch indie”), making it perfect for fans of bands like Depeche Mode or The Bravery.

Their break out track “Heartache” is a moody ‘80s synth-rock track full of pulsating beats and lots of bass that makes me imagine this is what it would sound like if Nine Inch Nails teamed up with The Bravery. It’s a super catchy single with a chorus that instantly sticks in your head, leaving you singing “you could be my heartache baby” for the rest of the day (except you probably won’t look nearly as cool as they do). I love the video because it showcases the band’s love for making their own VHS-looking music videos, which is reflected in them having their own production team called Youth Hymns. The video is packed with awesomely low resolution images and a spinning heart that is kind of reminiscent of Nine Inch Nails’ infamous video for “Closer.”

Their latest single “Chlorine” also features a super awesome and colorful DIY video, but this time they guys have a underwater “tropical” thing going on that I totally love. The track itself is bouncier than “Heartache,” as it features an uplifting drumbeat, shiny guitars, and vocals reminiscent of fellow broody synth-rockers The Faint. There’s a slight breakdown at the 1:50 mark where gang vocals and pounding drums slowly build up until breaking into a whirlwind of sparkling guitar and energy. I think this is easily my favorite track of theirs.

If you liked what you heard, then head on over to the band’s Facebook page and show them some love and support! And if you need even more new music in the meantime, head on over here.